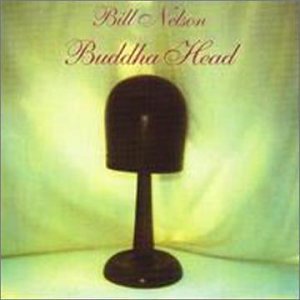 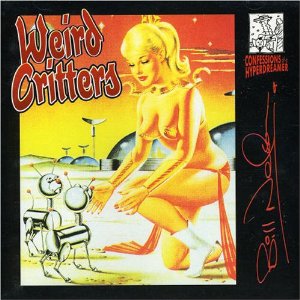 Since disbanding BeBop Deluxe more than twenty years ago, Bill Nelson has released more than thirty solo albums ranging from engaging progressive pop to long ambient works written for art installations. The exact count depends on how you count such things as limited-edition box sets and cassette-only recordings, but one way or another, Nelson is one of the most prolific musicians working today. Both of these albums were originally part of box sets (1995’s four-disc Music from the Great Magnetic Back of Beyond for Buddha Head and 1997’s double Confessions of a Hyper-Dreamer for Weird Critters) which comprise the first two volumes of his My Secret Studio series of previously unreleased home studio tracks. With Nelson, it seems everything has more than one name. His MO is to start the tapes whenever he has an idea, put pieces together as he thinks of what to do with them, and then sort out the chaff later. I have no idea what’s still left in the unreleased archives, but the quality of the tracks on these two collections is uniformly high, despite their unrefined beginnings. Nelson plays all the instruments himself, and all the parts were recorded in his home studio, but sound remarkably crisp for the most part. Some of the drum machine sounds are a bit dated, but suit the humor-laden sci-fi atmosphere well. Between the two, Weird Critters is my slight favorite, with great tunes like the title cut, “Golden Satellites” and the instrumental “Radiated Robot Men” riding cool grooves of layered guitar parts. Buddha Head features several stand-out tracks as well: “My Philosophy,” “The Heart Has Its Reasons,” and “Big River.” Throughout, inventive chord progressions and melodies are buoyed by Nelson’s pleasant voice and outstanding, understated guitar work.

Josiah - Procession – Procession is the fifth and final album by this UK stoner rock band formed in 2000. If you are a fan of head-slamming rock along the lines of Black Sabbath and Ozzie, this is the album for you. Each...  (2011) » Read more