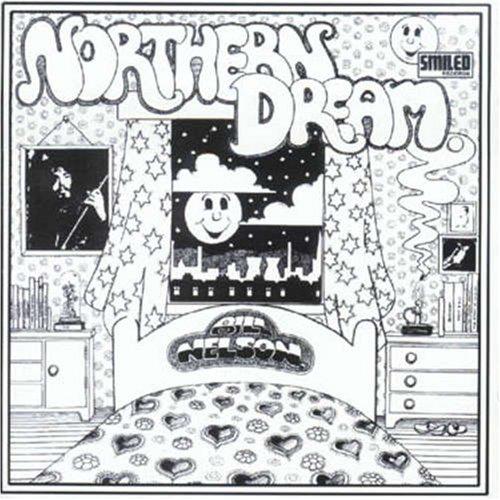 Before his days in the celebrated Be Bop Deluxe, Bill Nelson put out a lone solo album in 1971. This is indeed a far cry from his ambient, soundtrack-like projects he is best known for. Instead, this album fits squarely in the singer/songwriter mold of the early 70s. In particular, Nelson strongly evokes the sound of Neil Young's early albums, with acoustic guitar, spare drums and bass, augmented with soulful electric guitar leads. Nelson's voice is high and quivery, lending that same lonesome sound that Young is known for, and Nelson also shares Neil's taste for experimentation, with backwards guitar parts and a mildly psychedelic feel. The standout track is definitely "Love's a Way," which features a lovely chorus worthy of Mr. Young himself. The album gets better as it goes along, slowly pulling the listener into its folk rock groove, climaxing with a great guitar solo on "Chymepeace." Fans of Be Bop Deluxe will delight at the Nelson lead guitar style, still in its formative stages. For those looking for a lost prog masterpiece, you may want to look elsewhere, as this hardly qualifies as progressive rock. Even so, it has a certain honest sound that really appeals to me. I bet Neil likes it too.

Monolith - Monolith – At first listen this k/b/d band delivers up derivative progressive rock of the highest order. However, I discovered that a good chunk of this was written in 1977, nearly predating the sound they lean...  (1999) » Read more