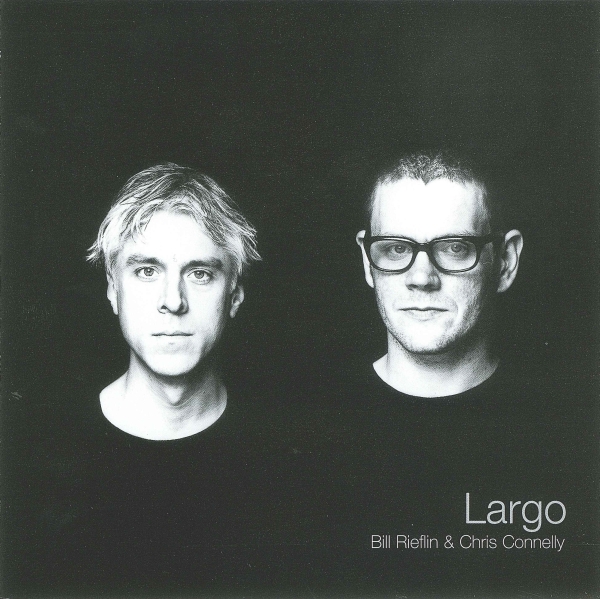 When two members of Ministry, Revolting Cocks, and Pigface get together, you probably don’t expect a quietly intense album of piano-based music. But if you’re familiar with Chris Connelly’s solo work, you might not be so surprised. Connelly indulges a penchant for winsome Bowie-esque melodicism in his singing, and Rieflin, though well known for pounding drums mercilessly, sticks to pretty much keyboards and backing vocals. Very sparse accompaniment (acoustic guitar, bass and strings) adds a little variety on a few tunes. “Rondo” adds a low-key drum machine to the mix, and “Wake 3” features an almost-Henry-Cow flavor, with insistent sixteenth notes (or fast eighths, depending on your perspective) and a dramatic melody. Add covers of songs by John Cale (“Close Watch”) and Robert Wyatt (“Sea Song”) and you have an interesting entry in the Sunday-afternoon-quiet-reflection genre, if there is such a thing. From reading Rieflin’s online diary of the making of the CD on the First World site, some of the tunes are the result of structural experiments, such as writing a song without repeating parts (“Y”). Much of the music was recorded live in studio, and there is a feeling that some of the songs were more coalesced out of the air than composed.