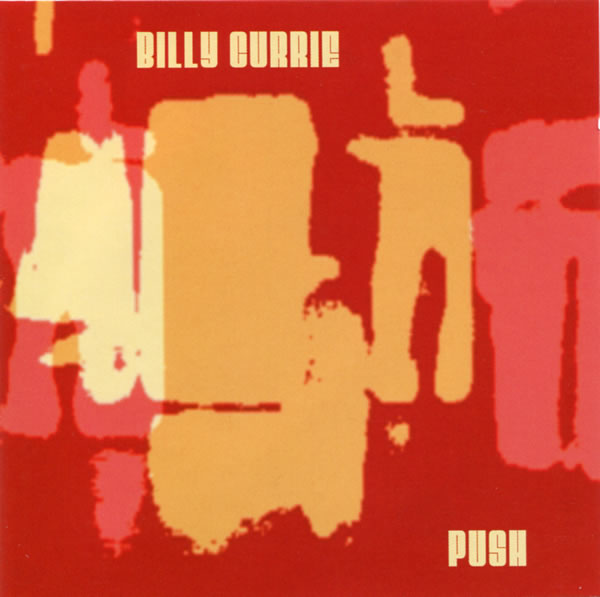 Ex-Ultravox member Billy Currie’s fifth album is another tour de force of synthesizers and stringed instruments that captures a unique romantic niche. Currie has been refining his approach for over thirty years including two collaborative efforts with Steve Howe (that somehow didn’t materialize into a live touring unit). Left to his own devices, Currie is still an imaginative arranger and has come to grips with various synthesizer gear, sampling and echoey violins (e.g. “Stand Like a Balance”). “Step Forward” follows a similar mode as one taken on his Transportation CD from 1988, with lush synth washes and pulsing programmed drums. “Swimming in Air” is a track outside of the norm for the composer as the tempo is stilted as tension builds through the piece. At its worst, the album shows symptoms of still being stuck in the Ultravox dance craze of the early 80s, as on “Kissing the Shame” or “The True Transmission,” whereas stylistic trends have changed substantially. I admit to loving Currie’s violin forays as they are both sinister and well conceived. A piece that borders on minimalist with a techno slant is “Cross Hands,” which also relies on a sampled choir. The album’s closer is perhaps the most memorable melody on the album that degenerates into a dated dance track. Overall Currie has created another album that will appeal to the Visage/Ultravox crowd, but will be ignored as a re-visitation of a genre gone for 20 years.

Quartet Noir - Lugano – Saxophonist Urs Leimgruber has an extensive recorded history stretching back to his involvement in the free jazz group Om in 1974. Quartet Noir is his collaboration with past co-conspirators pianist...  (2006) » Read more