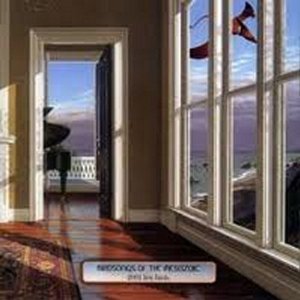 Since the moment I first heard Magnetic Flip around twenty years ago, I’ve been a fan of this band, and have followed their progress with pleasure, enjoying each new phase as much as the previous, but I’ve never had the chance to see them play live. To me, they’ve always represented the best of what “progressive” music can be, actually creating something new and unique. Being based around keyboards (especially piano) and percussion, their take on “Chamber Rock” is less dark than most other practitioners of the subgenre. The set list for this live recording reads pretty much exactly like what I’d put on a single CD best-of to introduce a newbie to the band, down to including their whimsical takes on the themes from Rocky & Bullwinkle and The Simpsons. Do the live versions improve upon their studio counterparts? Yes and no, though “improve” is not the proper word. The live versions are different in some cases, with the biggest change probably the higher profile of the guitar parts and some changes in the keyboard instruments used, but I wouldn’t pick either as superior. As a fan who didn’t make it to NEARfest in 2001, this is a great consolation prize; for those who were there, it makes a great souvenir; for those wanting to find out what the band with the strange name is like, it’s a great introduction.