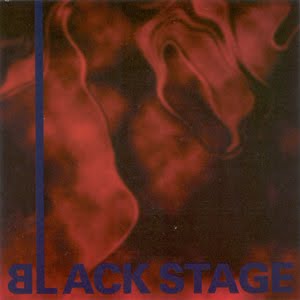 This is a project featuring Keiji Haino (electric guitar, flute, harp, voice), Natsuki Kido (acoustic guitar), and Yuji Katsui (violin) that – despite its release date – was recorded live in September 1994. The latter two names should be recognized by Exposé readers from the then and current lineup of Bondage Fruit, while Keiji Haino has stellar credentials including a long string of live and studio solo albums as well as albums with his bands Fushitsusha and Vajra, and numerous collaborations – a primary mover in the Japanese new music scene. This disc is basically three long improvisations, the first two well over twenty minutes each, all fairly avant-garde workouts, with elements of jazz (mostly via Kido's Coryell-esque acoustic guitar) and chamber (Katsui's violin contribution) surfacing, and showing regular flashes of brilliance amid the stop, sputter, and go of each of these pieces. They seem to have some trouble keeping their flights airborne for any extended period of time, which becomes tiresome, though sometimes listening to the three musicians search furiously for some kind of common thread gives a rare insight into the improvisational process. Vocals on the second piece are a bit stark, tortured, and pretentious sounding, though one who understands Japanese may get more out of them than this reviewer did. The third and final track is the most together of the three, with several spirited instrumental exchanges condensed into its ten minute running time. Overall, though this tends to be pretty disjointed, difficult listening.

Wendy Carlos - Digital Moonscapes & Beauty in the Beast – One of the shortcomings of electronic music is that no matter how sophisticated the hardware and software have become, it can’t approach natural instrumentation for the wealth of detail in sound and...  (2001) » Read more