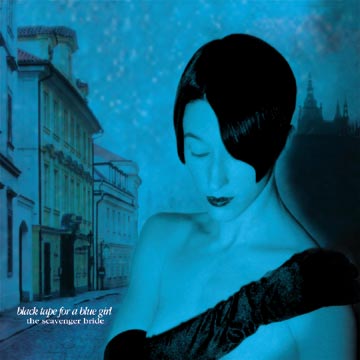 I really wanted to like this one. I’d read about Black Tape, and they sounded interesting: female vocals fronting ethereal, classical-inflected music with a kind of Gothic mood, but not the heavy rock Goth of the Cult or that crowd. It’s a concept album as well, based on a story by Franz Kafka, which is also an interesting idea. Unfortunately, the whole thing does little for me. At their best, the group is reminiscent of Dead Can Dance, with Middle Eastern percussion, flute, and strings mixed in with electronic instruments. Founding member Sam Rosenthal writes most of the music, and he has some good ideas, but tends to carry them on rather longer than necessary. Cello, violin, viola, and flute are incorporated into the sound nicely. Singer Elysabeth Grant has a fairly pleasant voice (though I occasionally question her intonation) but she’s drenched in tinny reverb that, instead of adding depth, just emphasizes the less pleasing aspects of her singing. A cover of Sonic Youth’s “Shadow of a Doubt” is another interesting idea gone awry, with overwrought vocals over interlocking piano motifs.