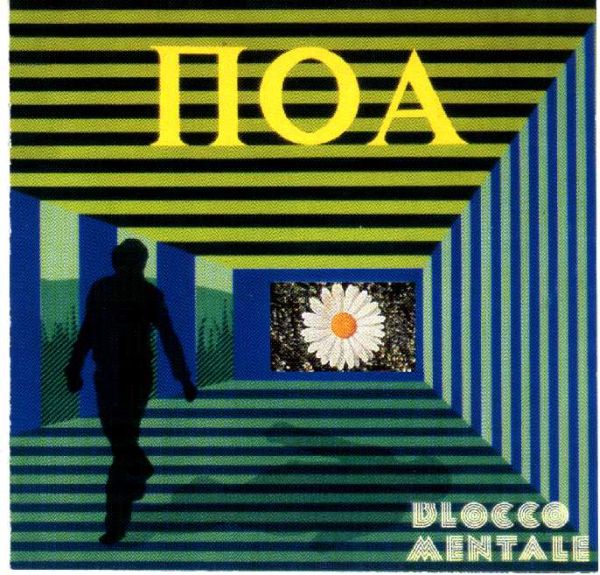 Here's an Italian band from 1973 that, instead of taking their cue from the keyboard driven sound of ELP, have more in common with the sound of Jethro Tull, early PFM, maybe Blodwyn Pig, and perhaps early Yes as well; there are near-schizophrenic outbursts of high speed sax-driven rock going right into the folky flute and guitar textures similar to Per un Amico era PFM. Of course there are keyboards here, piano, Hammond, Mellotron, and more, but it's more an integral part of the music than a dominant force and vehicle for solos. The band has two lead vocalists, Aldo Angeletti who doubles on bass, and Dino Finocchi who also plays sax and flute. One of the two sounds surprisingly similar to the vocalist in Latte e Miele. The band creates a diversity of moods and currents within their music, moving effortlessly between styles, doing fast changes from a simpler accessible folk styling straight into ripping bits of jazz-rock, with intense involvement from all; even the harmonica is used to further expand the envelope on "Io e Me," where keyboardist Filippo Lazzari does a splendid harmonica intro, and doubles behind the vocals before hitting the Mellotron and Hammond. For "La Nuova Forza" the flute leads into a splendid two-part vocal harmony, leading directly into "Ritorno," which features keyboards (piano, organ and synth) in their most prominent role on the entire album, and some powerful sax dueling as well. An excellent reissue that does take a few listens to reveal itself, but a difficult one to pull out of the changer once it does.