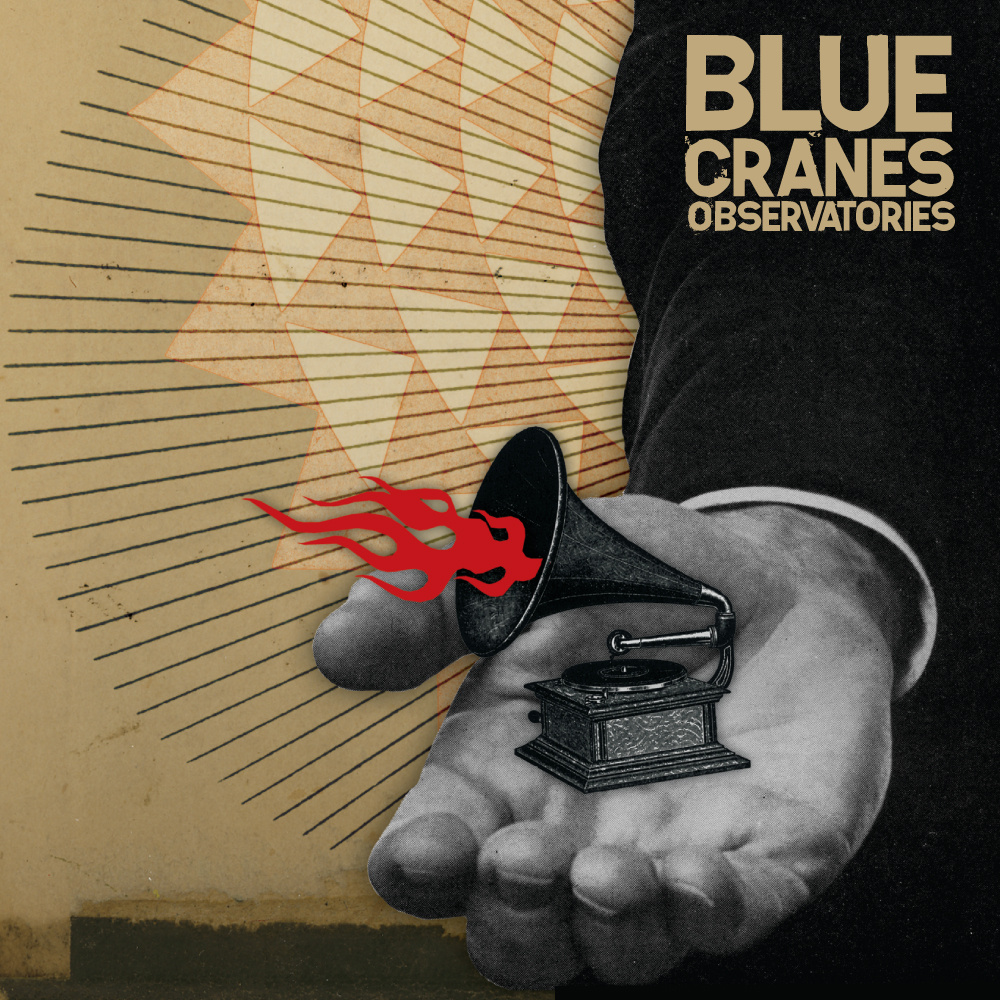 Blue Cranes are from Portland, Oregon; led by two saxophones, one alto and one tenor. The band has a remarkable style, having heard Monk and Zorn but wanting to play straightforward rock melodies. Along with the two saxes, they have an excellent drummer, a keyboard player who doesn't take many solos but provides great atmosphere, and an upright bassist who plays with enough power and skill to hold his own in any rock band. The keyboard intro to "Grandpa's Hands" is a great setup — the clink-clink of the toy piano and the big-boy acoustic piano together in an interlocking riff. The second song "Love, Love, Love," written by Wayne Horvitz, sounds more disturbing, like a funeral dirge with some unexpected harmonies. Guest player Tim Young, who worked with Zony Mash, contributes some outstanding "off" guitar; his use of effects adds a new dimension to the songs. In contrast, "Ritchie Bros." has a repeated and staggered saxophone part like a Philip Glass composition, while "Maddie May" is a large ensemble piece with six guests besides the original five members. Its minor progression gives the tune some weight. "Yellow Ochre" features Young on guitar in Frisell mode, and the band plays along with a country-spiritual feel. The disk was recorded at Type Foundry in Portland Oregon and all the instruments are recorded beautifully. Fans of Dave Douglas, John Zorn, John Hollenbeck, and Wayne Horvitz should have plenty to clamor about.

St. Mikael - Visions of the Unknown – Amateur psych, like the two reissued titles here by Swedish musician St Mikael, is not flattered by the CD medium. The effect-lavished, drivel-through-a-tunnel sound that these types of garage...  (1999) » Read more