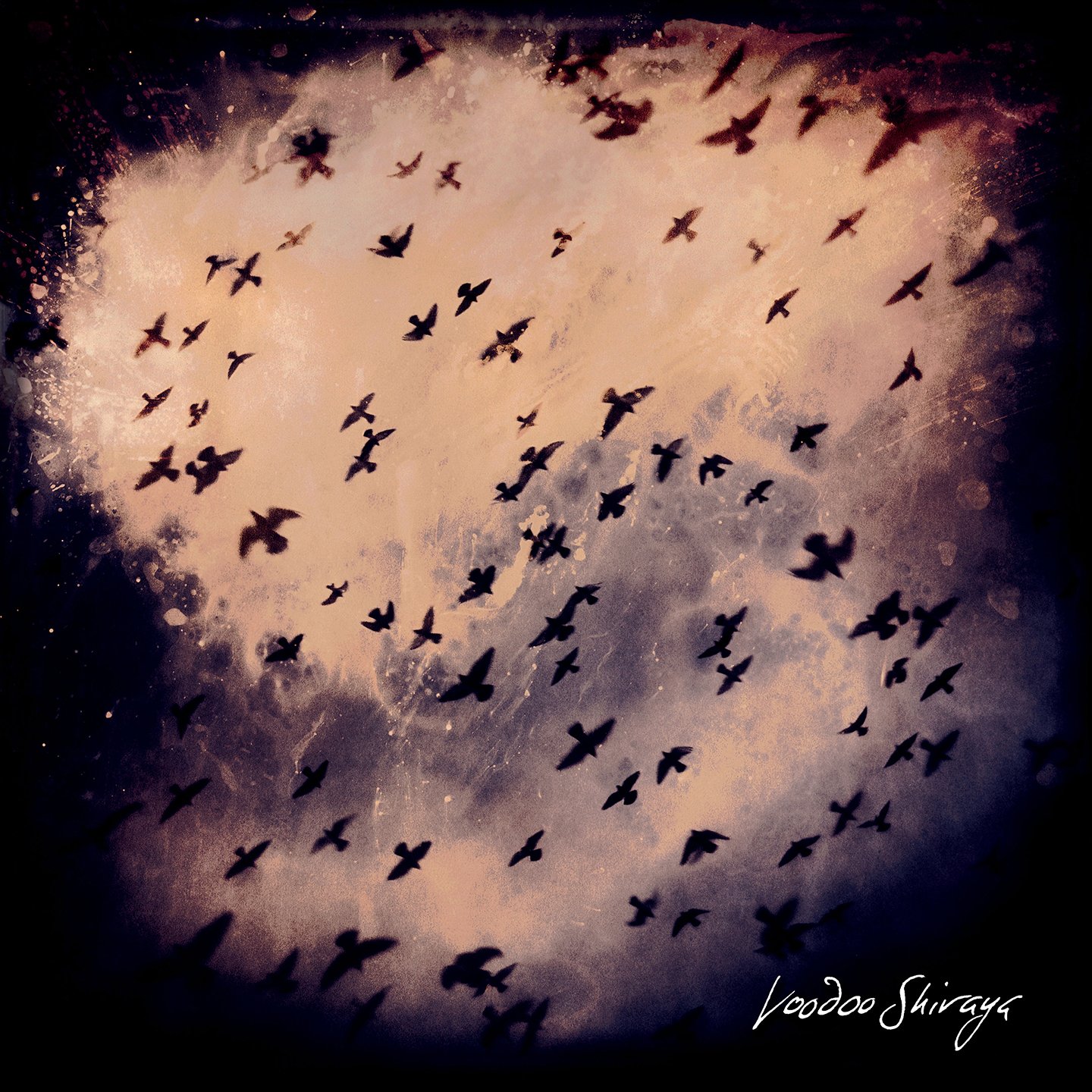 “Bad breaks and hard knocks, it’s been a long hard road” are the opening lyrics on “Hard Road,” a dark, bluesy number that opens the first disc of this two disc set, lyrics that are coming straight from Bobby Beausoleil's heart. The bulk of the album came together behind prison walls between 2008 and 2015, with some collaboration on a few of the cuts, and then a couple additional years to arrange the release and subsequent distribution. Unlike many of Beausoleil’s previous releases, which have been reliant on synthesizers, Voodoo Shivaya was created without them, instead with multiple layers of electric guitar, basses, occasional electric piano played by Beausoleil, with guests providing (track depending) nylon string acoustic guitars, drums, organ, violin, and additional bass and percussion. And those haunting dark vocals, a little scratchy but truly emotion filled, make those tracks with lyrics truly come to life, conveying some of the pain of his fifty years of incarceration. Not all of the songs are originals, in fact “Nature Boy” on the first disc is written by Eden Ahbez, made popular in the late 40s by the venerable Nat King Cole. This is followed by an absolutely brilliant nine minute instrumental rock jam titled “Ghost Highway,” which is then followed by a thirteen minute interpretation of Screamin’ Jay Hawkins’ “I Put a Spell on You.” Most will be familiar with the Creedence version, but this one is a much slower paced rendition with Beausoleil’s dark and somewhat sinister vocal delivery being the icing on the cake. The second disc opens with the four minute Indian flavored instrumental (meaning bells, hand drums, and sitar-ized guitars) that takes the listener to a whole new level, vaguely reminiscent of some of his early works with the Orkustra. Switch to some thoughtful poetry that opens the album’s title track, that then switches to a cosmic jam at the two minute mark and carries forward for seventeen additional minutes; here (in fact on the entire second disc) Beasoleil plays all the instruments including hand drums, percussion, layers and layers of guitars, and lots of effects, with dreamy atmospheric guitar melodies soaring through the night skies as the piece proceeds, one almost doesn’t want it to ever end. The instrumental “Saundaria Lahari” closes the second disc, another widescreen explorative piece featuring a variety of exotic instrumentation, with beautiful melodic guitar improvisations in a swirling maelstrom of shimmering musical cosmic dust. It’s something I could listen to forever in an endless loop, but sadly it ends after 22 minutes. All taken, the two discs of Voodoo Shivaya take the listener on a magical journey that reaches out in many new and mysterious directions.