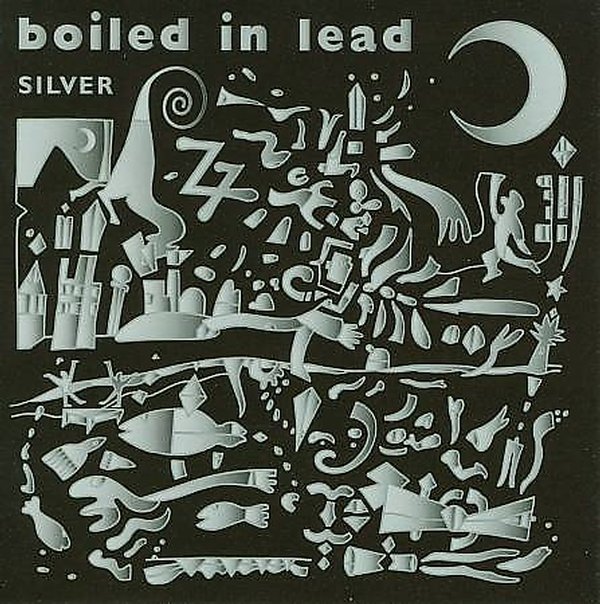 Boiled in Lead is an American institution, experts at an Anglo-Irish institution: traditional and electric folk music. Hailing from Minnesota, this quintet has been messing with this revered musical form for the past 25 years (hence the album title) while being honestly true to its often rebellious spirit. This is only the sixth studio release in all that time and the lineup has seen plenty of turnover, though with this album original singer Todd Menton returns to the fold, along with new member Dean Magraw on guitar. The rest of the lineup includes Robin Anders on drums and percussion, Drew Miller on bass and dulcimer, and David Stenshoel on fiddle. Silver boasts a collection of traditional tunes done traditionally such as “Jolly Tinker” and the “Come in from the Rain” trio of jigs and reels, but where these guys have gained attention over the years is when they apply noisy rock overcoats to songs like “The Sunset” and “Rushes Green” that probably go down a storm in the clubs. BiL may take some cues from The Pogues but aren’t quite so brash or punk-y and a better reference point for Exposé readers is Fairport Convention circa 1970 (post Sandy Denny), especially on songs like “House Carpenter.” An exotic, Middle Eastern turn is taken on the songs “Berber” and “Menfi,” showing how the electric folk slant can be applied to music of countries outside the British Isles. For fans of electric folk this should be considered a no-brainer.

Akron/Family & Angels of Light + Meek Warrior – Peaceful droplets emerge to deposit us on a plane of squeezing voices gently chiding a plane of aberrant existence. There is quite a bit of hubbub about this agglomeration of miscreants and it must be...  (2007) » Read more