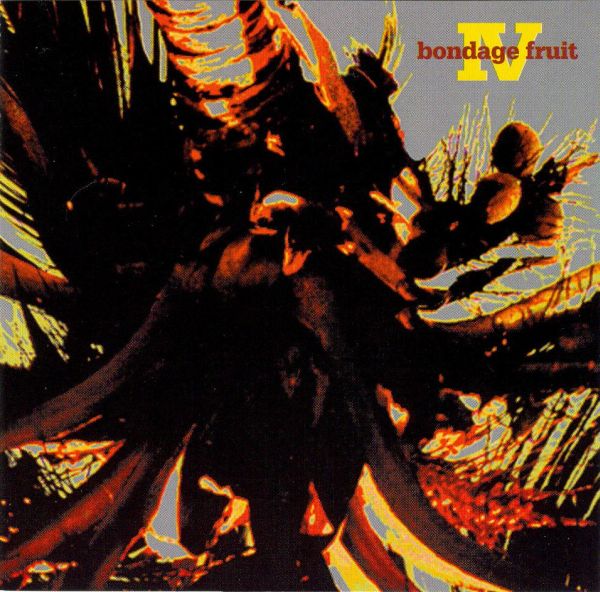 After a mildly disappointing third album, Bondage Fruit is back in top form. Over the top, in fact. Much of this is insanely complex music that one might swear is all improvised, at least until the band hits a stop or a change and your jaw drops in awe. Folks attending last year’s Progfest in San Francisco got a taste of what to expect here. The band – guitar, bass, violin, drums, and a mallet percussionist, typically builds slowly, at first skeletally, building the density over irregular grooves, trading off violin and guitar solos – sometimes multi-tracked, peppered with vibraphone and percussives. On “Screen Game (Electric)” the rhythm guitar takes on a raw bluesy feel (with slide and effects-distortion) while the lead guitar and violin duel in the foreground. There are two versions of “Screen Game” – the aforementioned electric version with uncredited harmonica solo is only available on the Japanese version, while the Musea release features an equally impressive acoustic version; otherwise the two discs are identical. The dreamy twelve minute “Storm Bird Storm Dreamer,” which the band opened with in San Francisco, sounds far better here when the sound is properly mixed, and in fact may be one of the album’s best tracks. The overt zeuhl influences of the early albums have faded in favor of a stark and stunning originality that’s pretty much theirs alone. The 20-minute apocalyptic “Sono Bank” pretty much sums up where Bondage Fruit is today: an ‘evolving groove’ is driven by densely layered blistering multi-tracked guitars and violin through a number of changes to an intense cacaphonic climax. Headphone music, for sure. My highest recommendation.

It's OK for Videos to Be Silly