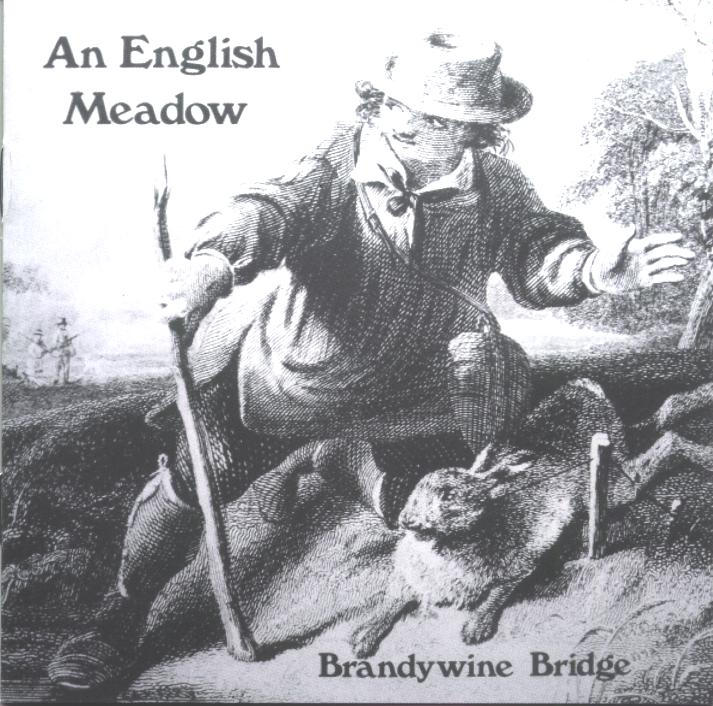 English trio Brandywine Bridge released its LP, An English Meadow, in 1978. The album, just reissued by Kissing Spell, contained twelve original songs penned in the style of traditional English folk music. The arrangements are all acoustic with Dave Grew, Stuart Hague, and Sheila Hague playing guitar, banjo, mandolin, fiddle, recorder, concertina, bowed psaltery, spoons, and bells. Four songs here are instrumental, but most feature vocals. Sheila Hague’s fragile voice (sounding a bit like Sandy Denny’s) is featured most often and most prominently, although her two colleagues handle their share of vocal duties, proving themselves to be competent singers in the unpolished and rough-hewn style typical other early 70s male British folk-rockers (Jansch, Hart, Cockerham, etc.). The band does do a fine job of evoking the traditional styles, although their reliance upon cheery major key melodies seems at odds with the darker lyrical content (which includes songs about poaching, war, witches, and animal sacrifice). All in all, this is a very pleasant and well-done album of English folk from the mid-70s but it remains purely in the folk realm, without ever venturing into psych-folk, prog-folk, or the like. It’s very nice for what it is — I’m just not sure many Exposé readers will be interested.

Steve Roach - Sigh of Ages – Sigh of Ages is Steve Roach's fourth release of 2010. Six continuous tracks totaling 74 minutes take you on a journey that is deep, dark and hypnotic for its duration. You either really like this type...  (2011) » Read more