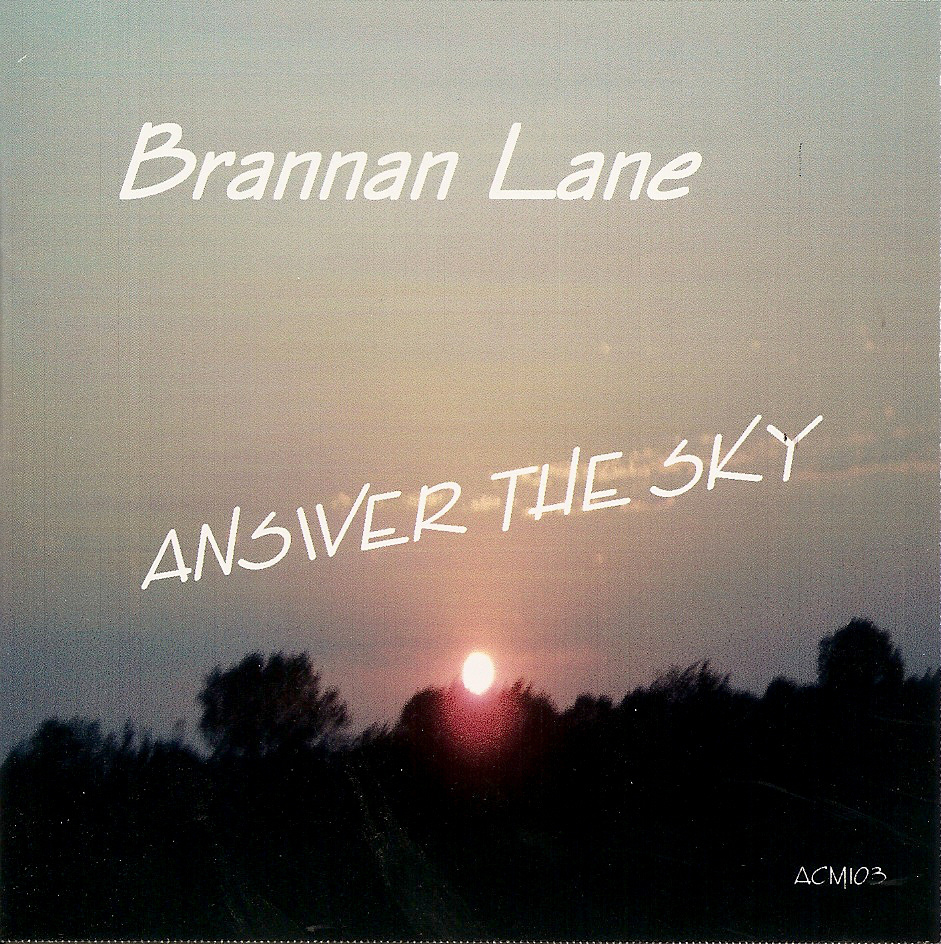 It’s been a while since we’ve heard something new from Brannan Lane, maybe a year or more, which is a change from his 2+ release per year schedule from before; but Answer the Sky has certainly been worth the wait. Unlike some of his earlier floating / drone / atmospheric works we have reviewed, this one at many points veers toward the avant-garde, being built on heavily processed bells, mysterious percussive sounds, and fragments of industrial samples, as opposed to strictly electronics. Yet it all stays within that floating zone of comfort, a cushiony clouded landscape of understated sounds that seem to open a portal to a dream. The disc’s centerpiece is the eight-part 33 minute “Fade to Black”, which almost certainly has as its purpose to send the listener down that dark subconscious spiral, much like his earlier Sleep Cycle CD, only this one seems to do the job far more effectively. The extremely sparse nature of the track that follows will close the deal; “Sidewalks of Saturn” is built on industrial samples processed so heavily as to be unrecognizable from the ambient sounds that surround them. Finally “Pyramid of the Moon” introduces a heartbeat as it leads the listener through some kind of mysterious cavern where droning bells, gongs and other sounds filter in from the distance. Brilliant. Now it’s time to go to sleep.