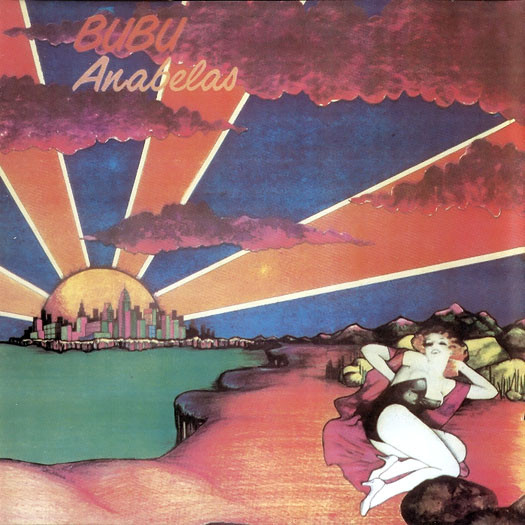 In the early 90s there was this (I think) Florida-based label called Music Hall which was issuing rarities from 70s Argentina and would have been considered one of the earliest reissue labels if there wasn't some doubt to their legitimacy later. But at the time they had reissued this one-off from 1978, which might be described as symphonic progressive rock style mixed with a more angular chamber-like sound that Univers Zero was just starting to develop around the same time. As such, it was a little bit different from most of their countrymen, although MIA probably touched on a more melodically consonant similarity around the same time. Over the years this has grown to be a favorite record. I remember it sounding maybe a touch insular at first, but I think some of that might have been the Music Hall issue — the legitimate EMI reissue, which is also extremely inexpensive, seems to have opened up the sound a bit. In many ways, this is the kind of one-off that progressive music collectors covet, it has a professional level of talent on all of the instruments, a great deal of depth from the thematic development and interplay and it goes in and makes its point fairly quickly, leaving you wanting a little bit more. Along with Crucis, Espiritu, and MIA, this is one of the highlights of 70s progressive Argentina.

This is an excellent album, featuring mature composition, great group playing, and a very nice sense of dynamics and texture. There is an intensity to this music which is controlled beautifully over the three long pieces (including a 20 minute instrumental) found on this CD. A solid, adventuresome rhythm section provides the foundation for the great contrapuntal themes woven by sax, flute, violin, and electric guitar. When I first heard this, I was immediately reminded of Magma. The expanded ensemble of Magma is here, along with the harmonically and thematically intricate compositions. Having said that, Bubu is far from a Magma clone. The thematic development is reminiscent of pieces like "Kontark," but it is presented with more of a classical flavor, especially in the three and four voice counterpoint, than the jazzier intricacies of Magma. Perhaps most significantly, there is not the heavy, brooding mood that permeates many Magma works. Anabelas does have an ominous feel at times, but it is not nearly as overpowering as that of Magma. There are free jazz wailing sax outbreaks interspersed with quiet contrapuntal passages, and even an aggressive guitar lead or two. But, far from random, these events all fit nicely into the well planned thematic development and sense of forward motion which alternately builds, relaxes, and builds again through the final recapitulation of the main themes. No noodling, and very little soloing, to be found here. There are (Spanish) vocals on two of these pieces, and they are definately part of, rather than an excuse for, the music. I know that some folks aren't too fond of vocals in languages other than English, but these do not detract anything from the music. For those who are into more intricate prog, there is plenty of dissonance and structural complexity to delight. And for those who look for solid, thought-out compositions, this will not disappoint.

Birdsongs of the Mesozoic - 2001 Live Birds – Since the moment I first heard Magnetic Flip around twenty years ago, I’ve been a fan of this band, and have followed their progress with pleasure, enjoying each new phase as much as the previous,...  (2006) » Read more

Happy Family - Happy Family – Here it is at last, the musical equivalent of a 1001 Centigrade enema, the debut of the legendary Happy Family. This one is not for the saccharine-fluffy prog types, this is like Slayer covering...  (1995) » Read more

David Cross - Testing to Destruction – Cross was, of course, the longtime violinist with King Crimson Mk2; I mention this first because Testing for Destruction bears more in common with that edition of KC than probably either of his two...  (1995) » Read more

Alex Carpani - Waterline – Coming a couple of years after the originally announced release date of July 2005 is Alex Carpani’s “progressive rock” album. I put that in quotes because Swiss-born Carpani, after...  (2008) » Read more

Earcandy - Sound Is Just the Way You Ear It – Quite a grab bag of psychedelia, this. We covered Earcandy's first two releases (Space Is Just a Place and Time Is Just a State of Mind), both released on LP only, back in #7. This is their third,...  (1997) » Read more