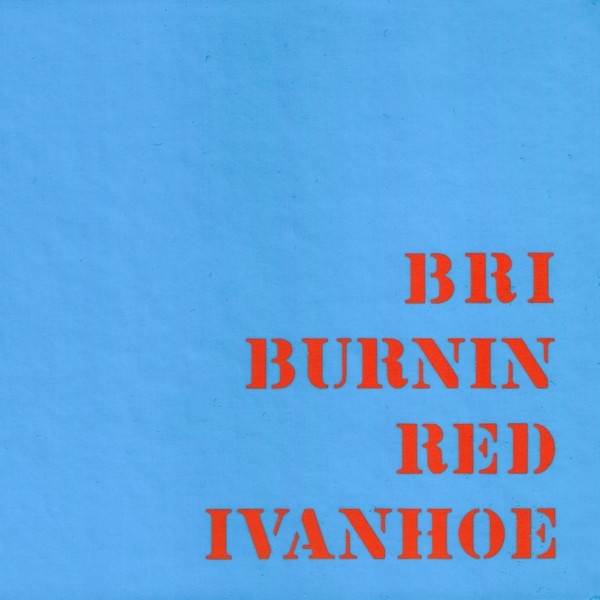 One of the most, if not the most important Danish rock band of the late 60s and early 70s, Burnin Red Ivanhoe released three acclaimed albums between 1969 and 1971, split up in 1972, and then immediately got back together to tour and record one more album. Then in 1973 bandleader and saxophonist Karsten Vogel joined forces with other members, as well as ex-members of Hurdy Gurdy and Coronarias Dans to form the fusion supergroup Secret Oyster, who released four albums between ’73 and ’77, but still in 1974 Burnin Red Ivanhoe reunited to record another album, and have been together off and on, recording and touring ever since. BRI is the band’s latest effort, their ninth album overall, and while Vogel (sax, bass clarinet, keyboards) and Kim Menzer (flute, trumpet, accordion, didgeridoo, harmonica and vocals) are the only members that date back to the 1972 period, four recent members round out the lineup as a six-piece, including Assi Roar (bass, vocals) and Klaus Memzer (drums) who were featured on the band’s previous 1998 album Lack of Light. BRI launches with a powerful rocker “Tiden Om Tiden” featuring Jens Runge on vocals with soprano and tenor saxes and harmonica all in play for the duration. Throughout the disc’s eight vocal cuts, lyrics are exclusively in Danish, leaving a couple instrumentals to break things up at key points. None of these is melodically stronger than “M 144,” a venue for brisk flute, sax and guitar soloing over a Saga-like groove. A gentle introspective jazzy piece is served up in “Café Blåhat,” with guest singer Morten Benjamin’s scratchy vox carrying the moment, closing with some great sax soloing by Vogel. Old bandmate Ole Fick joins the new crew on violin for some avant-garde experimentation in “Ironman Ivanhoe,” leading directly into “Natlig Rejse,” one of the album’s strongest rockers with some twisted and tortured sounding vocals giving way to some great soloing on harmonica and soprano sax. A funky jazz-rocker like “Sig Det” offers a brilliant cross section of all Burnin Red Ivanhoe has to offer, recalling some of the steps that Steely Dan might have taken in the Katy Lied period. Runge takes the lead vocal on rocker “Alting Var Bedre,” and also pulls off a memorable guitar solo while he’s not singing. The track also features guest Anne Etard in a great violin – harmonica duel that closes the track. There’s a lot of variety across the ten pieces here, making it nearly impossible to describe in general terms, but that said, BRI is an outstanding release, beginning to end.