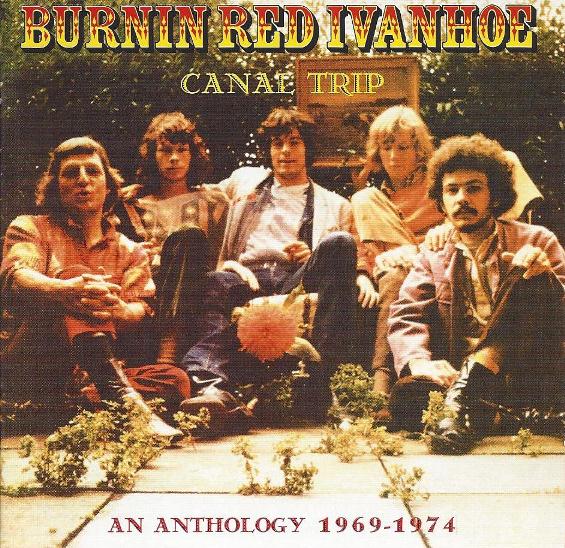 During their initial period from 1969-72, which this compilation covers, Burnin Red Ivanhoe was probably the most important Danish rock band; their sound was a proto-progressive style that blended heavy rock, blues and jazz with a higher than typical presence of woodwinds (sax and flute) and extended jams, and while most bands of the day sang exclusively in English, Burnin Red Ivanhoe also sang in their native Danish, and had no qualms about serving up numerous instrumental pieces on their albums either. The band’s debut album M 144 in fact was a sprawling double LP, an unusual thing for any band on their debut album in those times (only The Mothers’ Freak Out, Chicago Transit Authority and Loosen up Naturally by The Sons of Champlin come to mind), an album whose genesis was in an earlier collaboration between organist, saxophonist, chief composer and bandleader Karsten Vogel, and lyricist Niels Erik Wille. They had written songs together, but Vogel wanted to perform them live, so a band was needed, and Burnin Red Ivanhoe was born. The first ten tracks on disc one of this compilation are taken from M 144, fully half of that album, while the remaining four cuts on disc one are drawn from the six cuts on the band’s second eponymous LP, including the powerful opener and ten minute closer “Across the Windowsill” and “Secret Oyster Service,” respectively. The second disc opens with four pieces from the band’s highly regarded 1971 album W.W.W., then pulls five tracks each from the post-breakup live album Miley Smile / Stage Recall, and the 1974 reunion album Right On. Songs from these last two represented albums are beginning to show a change in the band’s style away from the instrumentally powered jammy sound of the first three toward a more concise songwriting approach, yet the material is still quite good. For those only casually familiar with Burnin Red Ivanhoe, Canal Trip is an excellent starting point, collecting a respectable cross-section of the band’s early material.