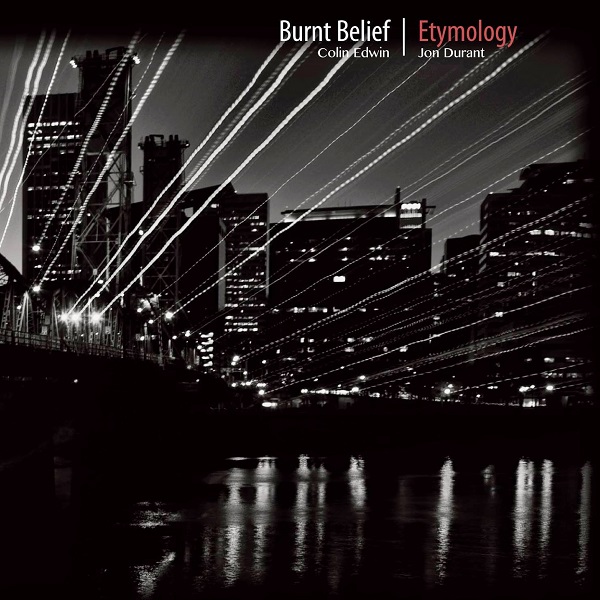 With their second collaborative release, Colin Edwin and Jon Durant have taken their previous album's title as a band name. I haven't heard Burnt Belief (the album), so I can't compare the two, but I can tell you that Etymology is a big fat slab of atmospheric instrumental music that ranges from nearly ambient to pretty noisy and rocking. I've heard it described as post-rock, though to my ears it's not much like the main players in that field. It's more like a cross between No-Man and Porcupine Tree (though without the metal inflections) with some Jansen / Barbieri textures thrown in. Or Jansen / Barbieri / Karn, since Edwin's fretless bass occasionally brings to mind Mick Karn's distinctive sound. Burnt Belief sits comfortably on a shelf with other modern practitioners like Kaukasus who don't shy away from electronics and programming, but don't let it define their sound, instead working it into the textures and moods while maintaining a human feel. The tracks that feature the violin of Steve Bingham are particularly lush and evocative, though Durant's guitar gets more time in the spotlight. His melodies are played with lots of flair and extensive use of the whammy bar, though it doesn't come off as clichéd or gratuitous. I wouldn't hesitate to recommend this to post-rock fans, though it would be in hopes that they expand their range rather than because Burnt Belief actually fits in. It's good stuff, though at 71 minutes it's kind of overwhelming.