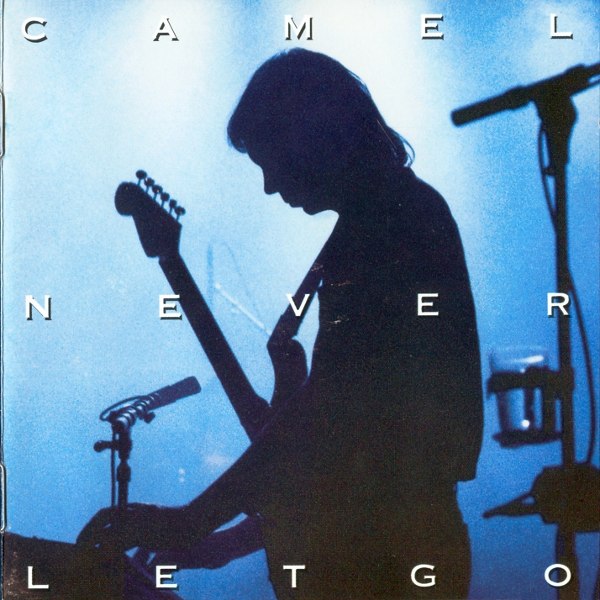 The subtitle of this live album from one of the original progressive rock bands is "official Camel bootleg." The term bootleg can conjure up some sore memories, mainly of a sound quality that would have embarrassed Edison at his Menlo Park lab. Fortunately, Never Let Go is far above any true bootleg. The sound quality is very good, not excellent but well within the sonic parameters of most audiophiles. This two disc package was recorded on September 5, 1992 in Enschede, Holland during the last Camel world tour and mixed at Downstairs at Harry's in California. All produced and mixed by Andrew Latimer and Andrew Jones. It contains over two hours of classic Camel compositions. Andy Latimer (guitars, keyboards and vocals) is assisted by long time Camelites — Paul Burgess (drums) and Colin Bass (bass). New to the group this time out is Mickey Simmonds (keyboards), a sometime sideman with Fish. The first disc is a collection of songs that spans the entire career of a great band. Latimer opens with a semi-acoustic version of "Never Let Go." The other tracks feature several songs that never appeared in a live form. "Echoes" from Breathless and "Ice" from I Can See Your House from Here are two of Camel's best tunes and the live versions deliver the goods with some added energy. The second disc is the entire Dust and Dreams album and the bonus tracks of "Sasquatch" from The Single Factor and "Lady Fantasy" from Mirage. Latimer credits Simmonds ability to play with his feet as the main reason that a four piece band could do Dust and Dreams live. The complete package is filled with all that anyone would expect from Camel — excellent compositions, tight arrangements, superior musicianship and of course the impeccable fretwork of Andy Latimer. Highly recommended for the serious Camel fan and the neophyte.

Coven - Witchcraft Destroys Minds and Reaps Souls – This is one of the freakiest things I've ever heard — a psychedelic rock recording from the late 60s entirely based on a kind of horror-movie Satanism, including more than thirteen minutes devoted...  (2006) » Read more