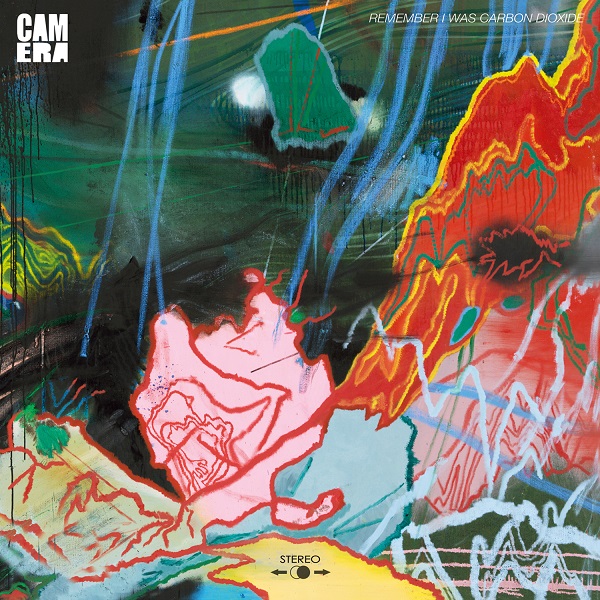 Remember I Was Carbon Dioxide is undoubtedly one of the best 2014 releases. It is a solid and consistent release from the opening beat to the dying notes. Each of the twelve instrumentals is different, but united with the spirit of Krautrock and hypnotic motoric beats. Remember I Was Carbon Dioxide, an obscure title that I have no idea what it means, is Camera’s second full-length album and their third release. After their 2012 debut release they recorded two new tracks that along with two remixes were released as a 2013 Record Store Day vinyl EP Système Solaire. Camera, the Berlin-based trio, has been dubbed “Krautrock Guerillas” as they’ve set up and played in various venues without permission. Learning from the Krautrock masters, Remember I Was Carbon Dioxide could very well be the best album Neu! never released. The sheer energy and improvisational spirit of early Michael Rother, Klaus Dinger, Harmonia, and Neu! is prevalent throughout the numerous cosmic jams. “Ozymandias” is the only track that lacks a driving rhythm. This is an eerie mood piece with surging washes of synths that flow down the dark corridor as you creep into an ancient Egyptian tomb. The miasma is palpable as something sinister approaches with outstanding mournful electric guitar riffs. I also detect hints of early Can, especially on “Synchron” the drums reminded me of “Yoo Doo Right.” Some of the songs build from simple beginnings to energetic climaxes, while others explode with the first note. All in all, quite an impressive collection of songs.