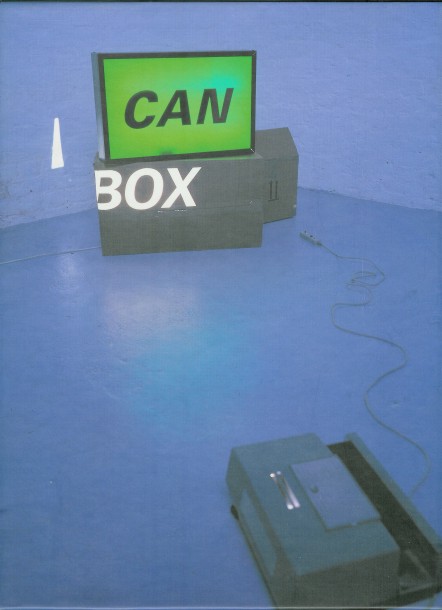 Can's legacy in the progressive rock/experimental field is nothing short of legendary. What has been lacking is any real tangible support for the myth in the form of easy access for present day consumption (besides re-issue of the band's uneven catalog). True to the task then is Box, which collects three valid media types together and puts flesh to the fleeting ghost of times gone by. I've broken this review into three segments to reflect the unique elements of the packaging: Video: This is the real meat of the set with many facets of the band visually represented. Included is a complete live free festival performance by the group circa 1972 with Damo Suzuki on vocal with a juggler as visual complement. This in itself is the real reason to own the set, along with various live performances on the BBC and the documentary film chronicling Malcolm Mooney's return during the Rite Time sessions. Overall the tape is 133 minutes of pure ecstasy and a must for die-hard fans to see. Book: Also included in the set is a multi-page tome, which describes various impressions of the band by contemporaries as well as fans. Brian Eno's uncertain commentary is notable since it originates from the fan base rather than by peer. Unfortunately there is far too much detail in languages other than English which biases the text, but does give it a multi-cultural flavor. Discs: Archivist Andy Hall has collected some of the bands more interesting bootleg performances of the 70s period and presented them in a slightly cleaned up fashion. Featured are a few definitive performances by the quartet including "Vernal Equinox" from 1975 and a wild improv as a closer for a show in Colchester '72. These discs are also available separately for purchase. This set is easily the best pick for box set of the year. It is highly recommended to fans and newbies as a channel into an overlooked, but rewarding group and their unique forms of art and impressionism. As of this writing, the package is sold out and only individual pieces are available for purchase.

Sigur Rós - Takk – Iceland’s Sigur Rós’ claim to fame appears to be as a European bridge between 70s progressive rock ideas and modern alternative rock. The band has been tabbed by industry magazines such as Mojo...  (2006) » Read more