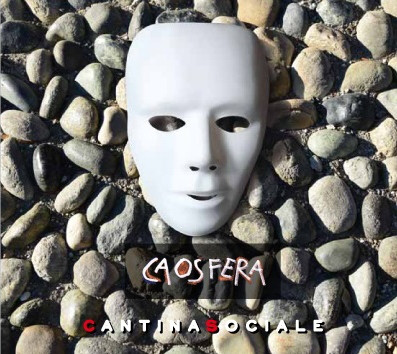 One of the best Italian progressive bands going, Cantina Sociale certainly can’t be accused of flooding the market with product, in fact this is only their third release since their 2002 debut Balene. The five piece combines a plateful of progressive influences from King Crimson to Goblin to Pink Floyd and many other classic prog bands, presenting their music in a purely instrumental format, though done in a very original way that doesn’t sound like a knock-off of any other. Many of the songs have a mysterious and dreamy quality that often recalls science fiction soundtracks, though they freely drift in and out of edgier prog-rock territory that can easily build into a crashing inferno of burning intensity, like the section on “Dune” that recalls the driving aggression of Crimson’s “Fracture”. The band features two guitarists, Elio Sesia (who also handles the recording, mixing, and mastering) and Marina Gentile, the masculine and feminine counterparts which both seem to have a strong hand in the direction their music takes at any given moment. Rosalba Gentile plays keyboards and piano, which includes Mellotron and synths in a classic and reverent prog style, though never overwhelming the mix of instrumentation. With bassist Lucas Onesti and drummer Massimiliano Monteleone, along with guest drummer Davide Calabrese, the band has a formidable rhythm section that gives every one of the seven tracks exactly what is needed to bring power and life to their compositions. In the sixteen page CD booklet, artist Antonio Catalano creates imaginary scores in full color that will surely add a smile to the face of any listener. Powerful and full of energy at every turn, Caosfera is definitely a force to be reckoned with.