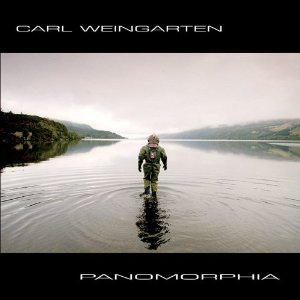 Weingarten's last solo release Escapesilence, was a good ten years ago, but many of the fundamental building blocks created on that release and its predecessors Blue Faith and The Acoustic Shadow are all in strong evidence here on Panamorphia, yet this one seems to be more evolutionary, moving those ideas out into new uncharted territory. Captivating inventive textures set up with acoustic, electric and slide guitar, tape loops and delays produce the strong cinematic moods that pervade each of the seven tracks herein. This one is perhaps less of a concept album than some of those predecessors, but at its essence is every bit as powerful – strong on atmospherics, melody, and rhythm. On board for this adventure are bassist Michael Manring, and drummer / percussionist Celso Alberti, who provide the bottom end on three of the cuts here, staying right in line with Weingarten's vision; trumpeter Jeff Oster joins on a couple of the pieces as well. One can easily disengage and get lost in the subtle structures and drifts of some of the extended cuts, four of which handily break the ten-minute mark. One can never predict what direction Weingarten's next escapade will go, and Panamorphia, while truly exceptional, is no exception to that rule. We just had to wait a little longer this time.