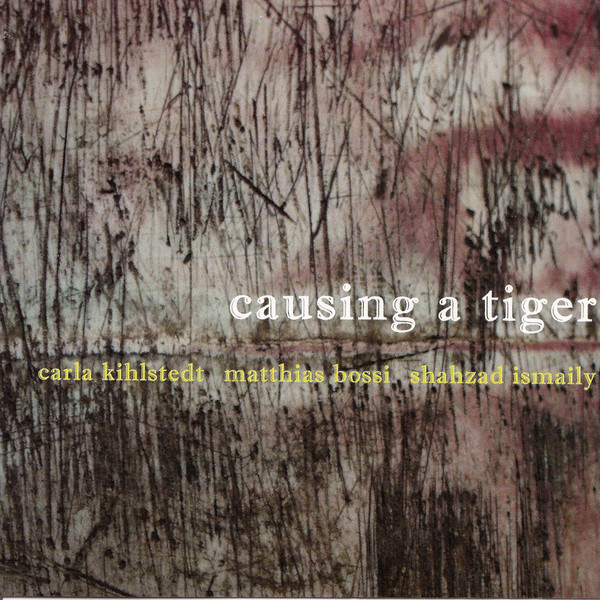 Here we have three principals of various Bay Area art-music assemblages of recent vintage creating something new and radically different from their usual endeavors. Most readers will know violinist and vocalist Kihlstedt from her membership in Sleepytime Gorilla Museum, which Exposé championed in the months leading up to their debut CD, and also from her other projects, Two Foot Yard and Tin Hat Trio among them. Ismaily has played with Two Foot Yard and Secret Chiefs 3, here contributing electric guitar, pump organ, Armenian flute, voice, Moog Source, and Crumar Orchestrator. Bossi, also a member of Sleepytime and Book of Knots, contributes piano, melodica, drums, spoken voices, and all sorts of incidental percussion. Several guests participate on this track or that, contributing trumpet, electric bass, and some ‘devil’s fiddle’ by Fred Frith. Causing a Tiger could best be described as a series of thirteen improvisational dreamlike vignettes exploring elements of Appalachia, world folk music, rock, industrial and experimental artifacts, along with other bizarre and unclassifiable sounds. The glue that holds all these disparate elements together are the field recordings that Kihlstedt collected over a two year period, integrated seamlessly into the rest of the music presented here. There’s little here hook-wise that’s going to instantly snare you, instead taking a more fragmentary approach that is best absorbed as a complete album-length soundtrack, rewarding the listener over repeated plays.

Ruins - Graviyaunosch – Ruins is a contemporary Japanese band that represents the harsh, aggressive side of zeuhl music. They are compared equally often with Magma and the hardcore band The Boredomes - that should give you...  (1995) » Read more