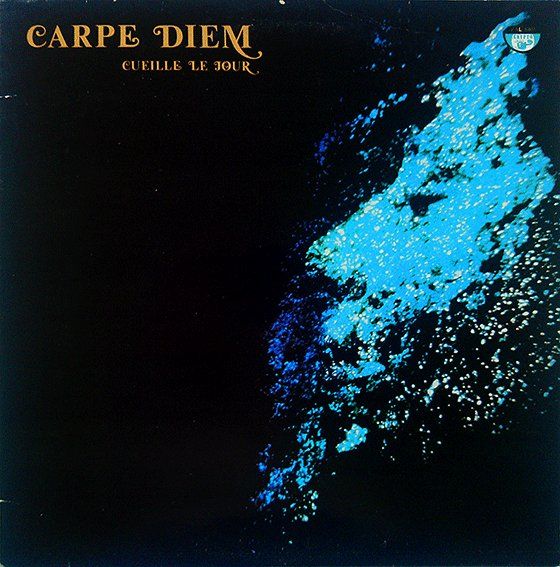 Unjustifiably overlooked, Cueille de Jour is the follow-up to this quintet's monster debut — and an outstanding representation of the best that France had to offer in the seventies. Their highly melodic sound is powered primarily by keyboards and sax/flute, with solid support from the bottom end. Guitars (and to some extent keys) handle the overall rhythmic structure. Their sound is well balanced with no one instrument dominating the mix, often existing somewhere between a melodic Canterbury sound (However, Happy the Man, Camel) and the ethereal spaciness of Pulsar, with elements of jazz and chamber-rock blended in, even approaching a Soft Machine flavor on "Tramontane." Keyboardist Christian Truchi doubles on lead vocals, which are used sparingly and don't overwhelm the music when they appear — in fact three of the album's original six tracks are entirely instrumental. The album opens with a monster twenty-two minute five-part epic "Couleurs," which would be worth the ticket price alone; five shorter tracks on the back side offer further explorations in this band's unique vision. Interestingly enough, a version of the album with English lyrics was recorded, but never released; one track from the English version is included here as a bonus track. Overall, an outstanding album if not a classic.

A year after their first release Carpe Diem issued their second LP Cueille le Jour. Now we find the band stretching and exploring the jazz territory of Zao and Soft Machine. The CD opens with the epic "Couleurs." Over these 21 minutes Carpe Diem plays music ranging from beautiful acoustic guitar to quiet chamber music. Over the course of the year Carpe Diem honed their skills and produced a more polished release than their debut. This second album demonstrated their extraordinary creative ability with orchestration and melody. They developed a modern chamber music that has since been extended by bands like Universe Zero. Unfortunately for Carpe Diem just as they were hitting their stride, the musical winds of change ushered in punk and the record companies lost interest in this innovative band. Luckily for us Musea took the effort to bring this excellent music to the notice of a wider audience.

Rebekka - Phoenix – Phoenix was the first release by the German band Rebekka, whose brand of progressive music featured tablas and tamboura besides the standard guitar, flute, sax, keyboards, bass, and percussion. This...  (1994) » Read more

Terreno Baldio & Recordando o Vale das Maçãs – Both of these are grouped in a single review, not simply because both were classic 70s Brazilian progressive bands, or because they both happen to be on the PRW Label (Progressive Rock Worldwide...  (1994) » Read more

Miriodor - Mekano – In the first few seconds of Miriodor's latest work you'd almost think the French Canadian group had fallen into an Aphex Twin dub experiment. But it's just a short introduction into...  (2001) » Read more