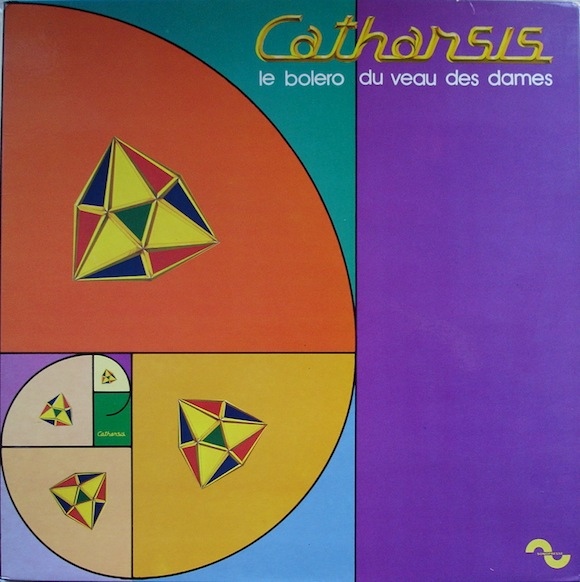 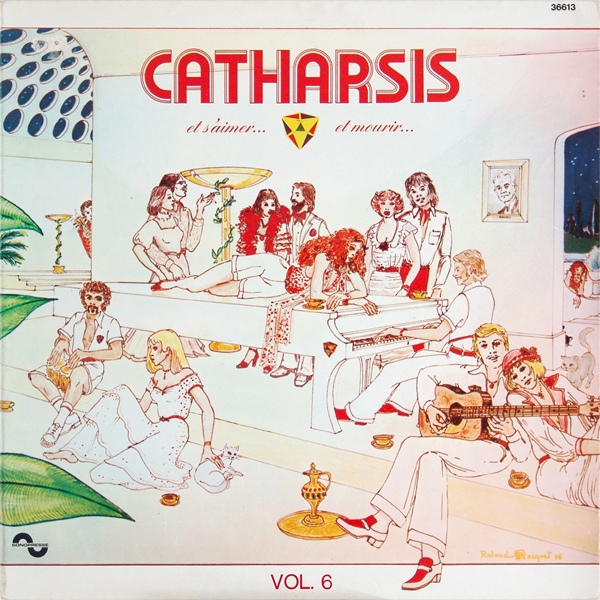 Catharsis were one of the most esoteric of the French 70s rock groups, combining influences of rock, folk, classical, psych and medieval into an unusual and distinctly individual mold. Led by keyboardist Roland Bocquet, Catharsis released a plethora of 30 minute albums of which these are not literally volumes 5 and 6. Le Bolero du Veau des Dames and Et S'Aimer... et Mourir... are both very similar in style — a slightly baroque sounding progressive rock with a refined Satie like simplicity — elegant and charming. A close cousin would certainly be Wapassou with the naive, almost antique musicality and developed yet straightforward themes. Catharsis' strange menagerie of musical references imbue a certain sense of a haunting uncertainty. Moving through each album's short duration are reminders of Genesis (Bocquet and Bank's organ styles can be close,) Ange (yet no so vocally prominent,) psych beat like the Strawberry Alarm Clock (the "Age of Aquarius" wordless vocals,) and a naturally French cultural influence that brings the music closer to its contemporaries like Carpe Diem, Falstaff, or Metabolisme. These albums are both very good and a pleasurable listening experience, but 18 bucks is a hell of a lot of money to put out for 30 minutes of music. These are good as starters — as of this time volumes 1 through 4 should be out as separate discs (although Griffin music had released 1 and 2 together, a now deleted package) for those who found these amiable listening.

Luminos - Seize the Day – Seize the Day is the debut from this quartet from northeastern England. Musically, they fall roughly into the same realm of symphonic- and neo-prog-lite as Guy Manning or Mostly Autumn (sans Celtic...  (2005) » Read more