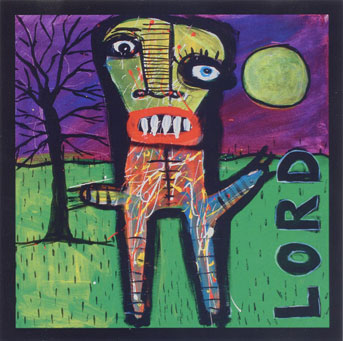 Cathedral & Rum is essentially LA-based singer/songwriter Chris Hartford plus a host of guest musicians, depending on the album or song. Though make no mistake: Hartford is the creative nexus behind C&R. It’s his talent that makes the songs sink or swim, and on this best of collection you get all the Michael Phelpses of his three studio albums. Bong hits are even included via a hazy, slightly psych vibe behind what are essentially country-folk songs. The specters of Dylan, Waits, Chapin, Drake, etc. inhabit Hartford’s songs as he opens his heart and opines about modern life with a lyrical sensibility and maturity that is rare. Songs like “Ocean Light,” “Through the Trees,” and “Caroline” are phenomenal, with sparse instrumentation of piano and gliding guitars married to Hartford’s warm and twangy tenor and strummed acoustic. My favorite arrangements also include Jean Jenkinson on backing vocals, sounding not unlike Emmylou Harris, and when she and Hartford harmonize it’s like a shot of the good stuff. I’m less enamored of arrangements that block up the view with excessive and questionable instrumentation. This is best exemplified by “World Outside,” which includes turntable scratching, trumpet, piano, and a squalling electric guitar. There may be a purpose behind the added sounds, though when you have a talent so strong that voice and acoustic guitar can do it all, why bury it? Fortunately, this is the exception on this album, which is the best introduction to this gifted songwriter that I can imagine.

Emily Bezar - Exchange – With Exchange, California singer/songwriter/keyboardist Emily Bezar has produced her definitive (so far) musical statement. The elements that have contributed to her past releases (progressive rock,...  (2008) » Read more