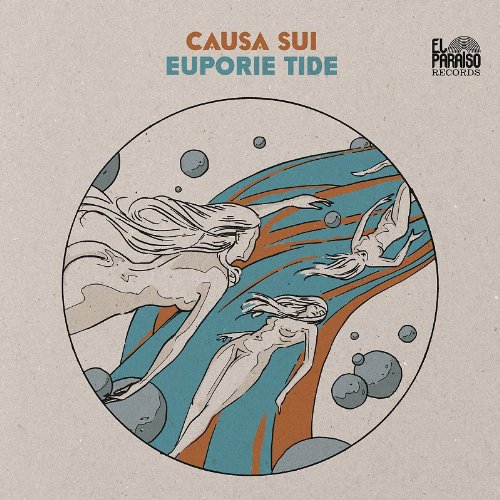 As far as vintage sounding psychedelic rock goes, this Danish band is at the top of the heap. Both their eponymous debut and its follow-up Free Ride back in the last decade were immensely promising, but it was the three-disc set Summer Sessions from 2010 that truly delivered on the promise. At hand is the band’s latest offering, a double LP set or a full-length CD, take your pick. As with most of their recent endeavors, this is an all instrumental tour-de-force, dominated by heavy stoner acid-drenched guitars, pounding drums and bass, with occasional gritty organ, one foot firmly in the heavy proto-prog / psych of the late 1960s, and some early 1970s holdovers. Most of the ten cuts here are somewhat lengthy rock jams that drive hard and push the limits, like the opener “Homage,” but they do ease back into some occasional flights of gentle psychedelic bliss from time to time to break things up. “Sota El Cel” and the beautiful “Fichelscher Sun” are both shorter cuts that would have seemed right at home on side 3 of Electric Ladyland. The two closing tracks, “Euporie” and “Eternal Flow,” each around ten minutes in length, and comprising the last side of the 2LP set, taken together start in a heavy rock mode with some gentle paisley touches, and then it drops into a gentle shimmering extension that brims with powerful hallucinogenic dreaminess. Fans of Hendrix, vintage Amon Düül II, Ash Ra Tempel and the instrumental side of the Doors’ extended pieces will find plenty of interest in these grooves.

I Don't Know What a Husby Klit Is Either