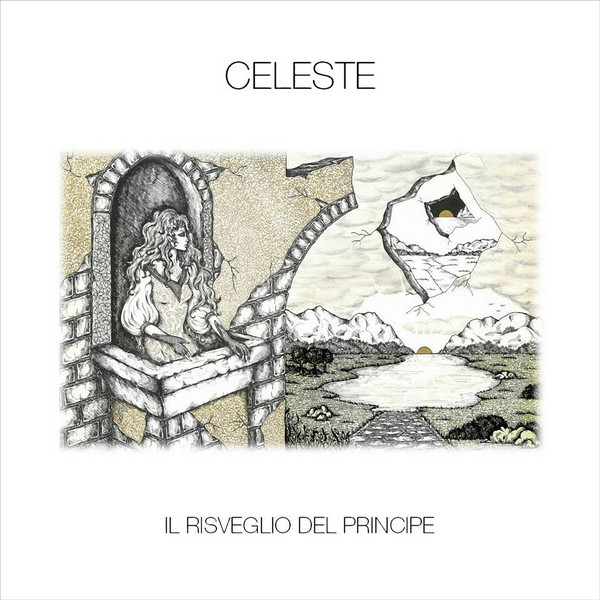 A short history of Celeste. There was a band called Il Sistema that existed from around 1969-71, never released anything during their lifetime, their permanent place in history only assured fot two bands that their ex-members formed. The first was Museo Rosenbach, whose 1973 classic Zarathustra is essential listening for any serious fan of Italian progressive rock, and for many years was their only album. Through the years numerous packages of live, rare, and unreleased material appeared, until around 2010 or so when they reunited for a 2013 studio and 2014 live album. In 1976 Il Sistema drummer / flutist Ciro Perrino and keyboardist / saxophonist Leonardo Lagorio along with several other musicians released the eponymous debut by Celeste (later retitled Principe di un Giorno (“Prince for a Day”) on some of the CD reissues), which went in a completely different direction than Il Sistema or Museo Rosenbach, instead offering a dreamy, pastoral and delicate take on prog borne of a mix of acoustic and electric instuments with vocals. Later in 1977 a second album was recorded but not released until the 90s, which found the band taking a jazzier direction. Fast forward to 2019 and the long awaited release of a brand new Celeste album, Il Risveglio del Principe, or “Awakening of the Prince,” which seems to pick right up where their first album left off, though the only remaining original member of the band is Ciro Perrino, now credited with a half dozen keyboards (with Mellotron being first on the list), percussion, glockenspiel, and lead vocals (lyrics excluively in Italian), and in addition he is the composer of all the album’s tracks. Drums are now handled by Enzo Cioffi. Second keyboardist Massimo dal Prà handles piano and Fender Rhodes; there are two woodwind players (Marco Moro and Andrea de Martini) covering flutes, contralto and tenor sax, additional players covering acoustic and electic guitars, electric bass, violin, cello, percussion and background vocals, ten members in all, with guests Alfio Costa on Hammond organ, singer Elisa Montaldo from Il Tempio delle Clessidre, plus additional guests. The eight tracks encompass gorgeous, beautiful, and gentle with strong classical and folky elements played through many brilliant and layered arrangements. Somehow, with all the Mellotron, flutes and saxes, I am often reminded of the softer aspects of early King Crimson. This album has been in the works for several years now, and all that effort certainly shows; this is a minor masterpiece that deserves many hours of repeat plays.