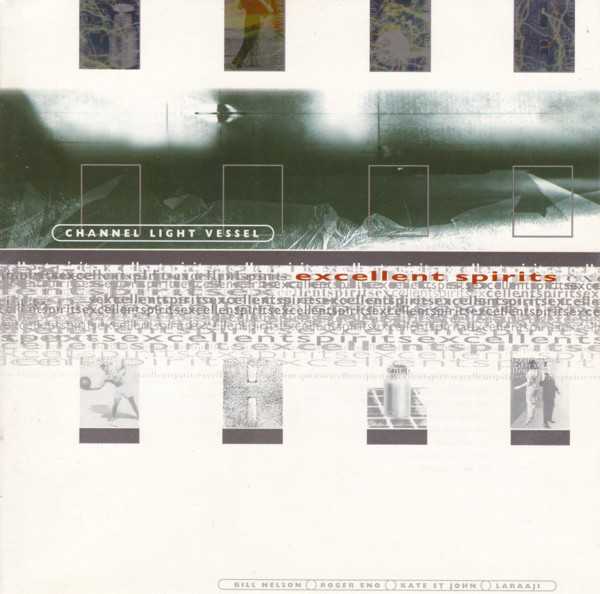 Believe it or not, Channel Light Vessel is a superstar ambient group. Personnel breakdown includes Dream Academy alumni Kate St. John, Bill Nelson, Laraaji (Ambient 3: Day of Radiance), and Brian Eno's brother Roger. All these multinational artists have established themselves as individual innovators of tones, texture, and backdrop. Each member has a unique flavor to bring to a table filled with many musical tastes. This keen combination of talents allows for smooth control of backdrops and specialties for a unique sampling of multi-cultural styles and mood. From the witty techno, hip-hop of "Bop Kyoto" ( with both Eastern and far Eastern motifs: 'Make your vision-your mission') to the friendly Mariachi and Arabic culture clash on "Accordion Nights," the course is clear to intermingle style on a worldly basis. More tracks of interest: Birdie features 'bible of dreams guitar' in a French café scene which could also be mistaken for a foreign movie soundtrack; there are also distinct moments of the delicate and precious (e.g. "The Offering"). "Little Wheels of Joy" is a song that is appealing due in part to the crafty use of klangfarben synthesizer and voodoo. Nelson's role seems to me the most dominant force especially in the vocal and lead guitar area. Kate provides contrasting vocal work while Laraaji adds much of the rhythmic elements (with Nelson). This guided tour of the exotic regions is also modern and danceable, and it probably gets played at a few raves too.