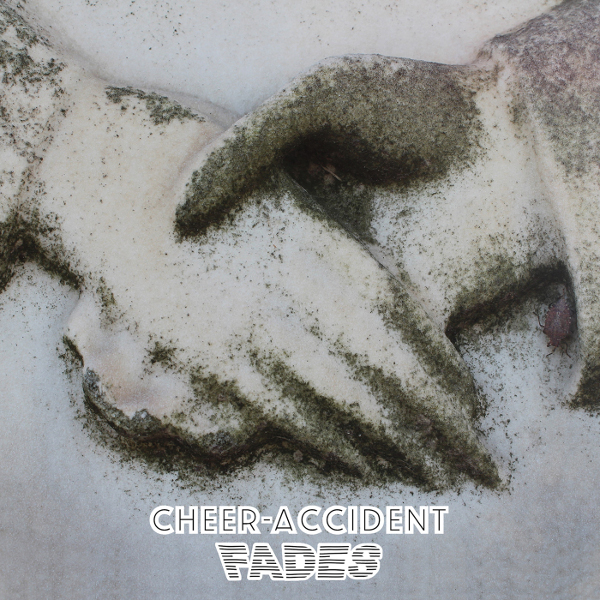 There was a gap of several years between No Ifs Ands or Dogs (2011) and Putting off Death (2017), but Thymme Jones and company seem to be on a roll — here it’s not even halfway through 2018 and they’re coming out with Fades. This album consists of ten relatively short songs (compared to some things Cheer-Accident has done in the past), none topping the six minute mark, and while some of them are downright accessible (again compared to some difficult items in their past), there’s still a core of eccentric creativity to the music. They start out with “Done,” which has a pulsing synth bass part that could be lifted straight from an 80s pop hit by The Human League, but the guitar parts bring in touches of psychedelic effects and complexity that set the song apart from that reference, and the vocal melody is full of unexpected intervals. Then halfway through we get a quirky melody on brass (along with "mouthbone"), and the different parts build up to a peak. This kind of juxtaposition is what Fades thrives on. “The Mind-Body Experience” is another gem, with a gritty bass line in 5/4 that underlies a long chords and a slow-moving melody that only periodically match up with the backing rhythm. The album is full of the same kind of instrumental inventiveness we’ve seen in the last few Cheer-Accident albums, with perhaps more emphasis on vocals. Several different singers are featured on different tracks. Thymme Jones himself handles either lead or backing vocals on the majority of tracks, as does guitarist Jeff Libersher; frequent collaborator Sacha Mullin appears on three tracks; Elizabeth Breen, Lindsay Weinberg, Dawn McCarthy (of Faun Fables), L. Wyatt, Andrea Faught, Laura Boton, Nils Frykdahl (of Free Salamander Exhibit), and Carla Kihlstedt all make appearances, most on a single song. Frykdahl’s two contributions are particularly noteworthy for the distinctive tone of his voice, sounding uncannily like Peter Hammill at times, but all of the vocals are outstanding, with difficult melodies navigated with strength and confidence. Every track is a winner, and there are too many wonderful moments to point out. For listeners unfamiliar with Cheer-Accident, Fades presents a great introduction to the band’s unique vision, and it should have no trouble satisfying long-time fans as well.

Jon Rose - The Fence – Continuing in the Musique Concrete experimental mode defined by Rose's last disc, The Fence is less an album of music than it is an aural documentary. In this case, Rose has chosen Fences as his...  (1999) » Read more