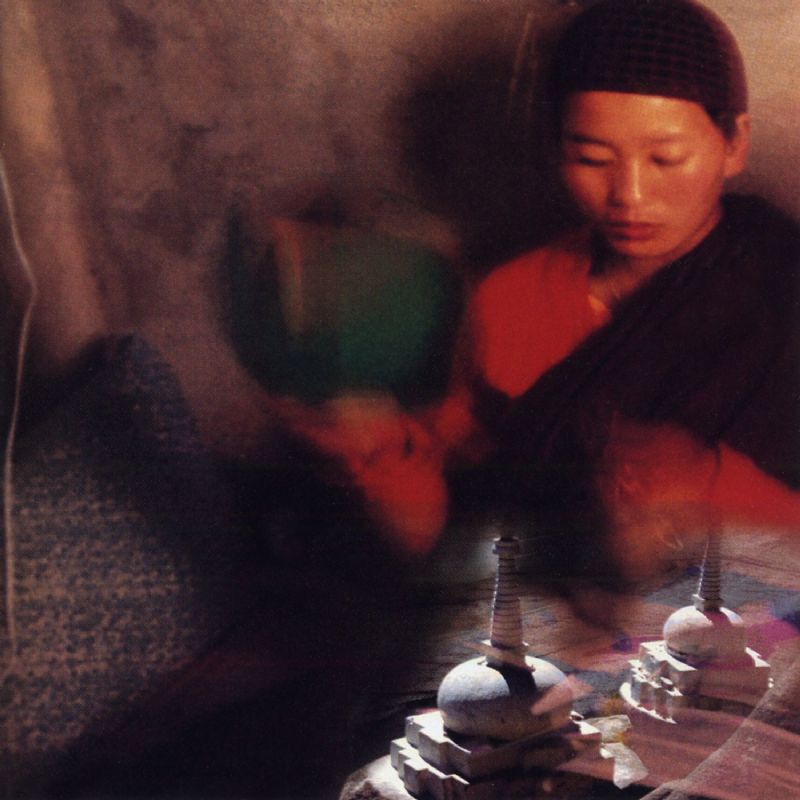 Fans of Steve Tibbetts, especially those who prefer the world-beat master shredder of Exploded View (1986) or The Fall of Us All (1993), might be a bit put off by this set, a collaboration with Tibetan Buddhist nun Chöying Drolma. The overall sound is more like his ambient release Northern Song (1982), with its languorous flow and expansive sonic landscapes. It's no accident that Drolma is listed first, for it is her voice that dominates the sound, not Tibbetts with his guitars and kalimbas. Electric guitar is only present to provide background textures, not in-your-face soloing. It's not until the third track that we even really hear his acoustic, a simple pattern with his distinctive vibrato tone. If you listen carefully, there's an incredible amount of detail to the production, with dripping water and other natural sounds mixed into the waves of volume-pedal guitar and resonant percussion of long-time Tibbetts cohort Marc Anderson. I was a little uninspired by the quietness of Chö at first, but I find the more I listen to it, the more I hear. There is incredible depth here, but it's so subtle and unobtrusive it's easily missed. This is music for quiet nights and open minds, a soundtrack for an exotic spiritual dream. The singing is probably a little too prominent to call the album truly ambient, and the percussion never gets into a groove like you hear in so much world-beat new-age crossover music these days. But if you're in the mood for something really different, this could fit the bill nicely.