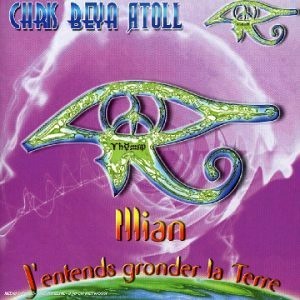 There are several reasons to expect the worst from this release. Many “reunions” and “reformations” of bands from the 70s have not turned out well; a look at the credits shows none of the other members of Atoll in spite of the name on the cover; and Atoll guitarist Béya has not really done anything of note since Tertio in 1977. On the other hand, Béya’s guitar playing was one of the best things about Atoll, and he had a hand in writing some of the band’s best material. Well, the proof is in the hearing, and I was pleasantly surprised – there’s quite a bit to like on this CD, and I’ve enjoyed it more the more I’ve listened. The music varies widely, from delicate acoustic numbers nicely arranged with flute and strings to energetic fusion workouts featuring Béya’s great playing. The only real drawbacks are the vocals, which are thin and undistinctive (it’s a pity he didn’t recruit his old Atoll bandmate André Balzer), and the keyboard sounds, which have the slick sound often present in digital instruments. It’s some sort of concept album, but the music works aside from that. The bottom line is that this is a worthy effort perhaps more likely to appeal to fans of good neo-prog than to fans of the old Atoll. Béya’s backing band navigates the complex arrangements well, though it is the guitar that shines, whether based in rock, blues, folk, or classical.

FireMonkey - Puzzlebox of Antipop – This is essentially a one-man project operating in the same general realm as Bill Nelson: pop songs with elements of prog and avant thrown in. Lyle Holdahl is the man behind the monkey, covering...  (2006) » Read more

Trojka Is from Bergen