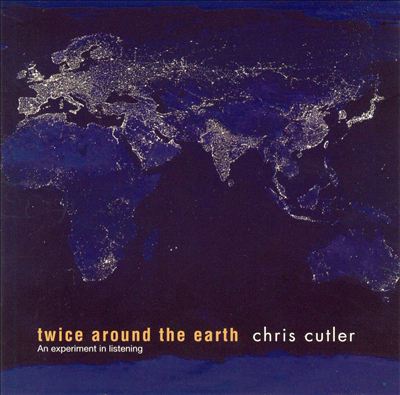 The subtitle “An experiment in listening” pretty much says it all. This is not so much a Chris Cutler solo album per se, but instead two suites (for lack of a better term) each comprised of a montage of short segments of field recordings all crossfaded together. Each of the short segments in turn were excerpted from longer 30 minute segments submitted by ‘listeners’ from around the world that were originally used as programming for Cutler’s nightly Out of the Blue radio program that aired for one year beginning in July, 2002. A third piece, separating the two suites, is a single fourteen minute field recording from a cafeteria table at Luxembourg airport – and predictably is not as interesting as the longer montages. The essence of this is that one can put on their headphones and take two quick trips around the world, remotely listening to various short random events through a microphone as they occurred. If nothing else, it will make you a better listener and engender an awareness of all the sounds that go on around you in the routine moments of everyday life. It’s a cool idea, and the net result is far more interesting than I would have suspected from just reading about it.