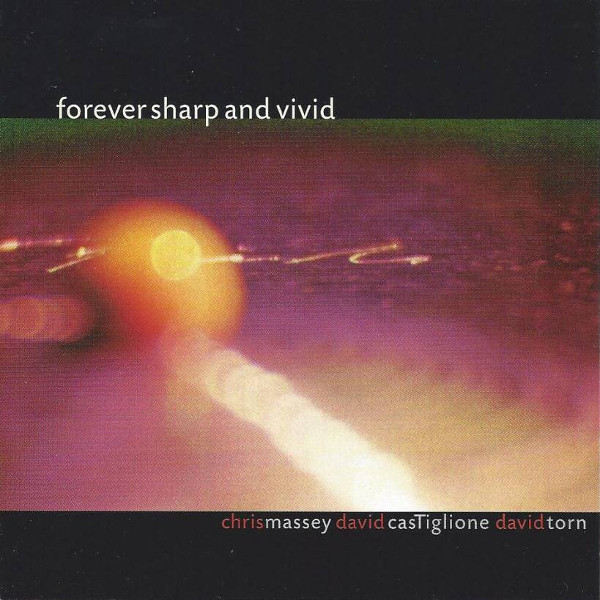 Torn again! This guy should need no introduction, he’s played with Jan Garbarek, Bill Bruford, Everyman Band, Andy Summers, Polytown, and has produced a number of exceptional albums under his own name. Now he seems to be turning up everywhere, this time in an improvisational trio with drummer / percussionist Chris Massey and David Castiglione on saxes and bass clarinet. Most of the early tracks are dominated by Torn’s unique style of guitar looping, layering, slide and experimentation, often resulting in a sound not far from the earlier works of ECM labelmate Steve Tibbetts. Massey brings in a variety of hand drums and other percussives, further establishing that link. Castiglione is hardly heard before track four (with the exception of a cool didgeridoo-like bass line on track two), but then beginning around track five he starts to assert more control over the sound. Perhaps some Miles Davis’ electric period influence can be detected here, amid Castiglione and Torn’s battle for domination. A couple jazz cover tunes (Paul Motian’s “The Hoax” and “Nothing Ever Was, Anyway” by Annette Peacock) are given the full shred treatment by the trio, after which they settle into a more jazzy mode, with Castiglione’s saxes and compositions clearly dominating the sound, Torn concentrating more on his ambient spacy loop techniques. Overall, the album tends to be a journey, as the end sounds nothing like the beginning. Very spirited, very intense, and highly recommended.

Live PFM from the 70s