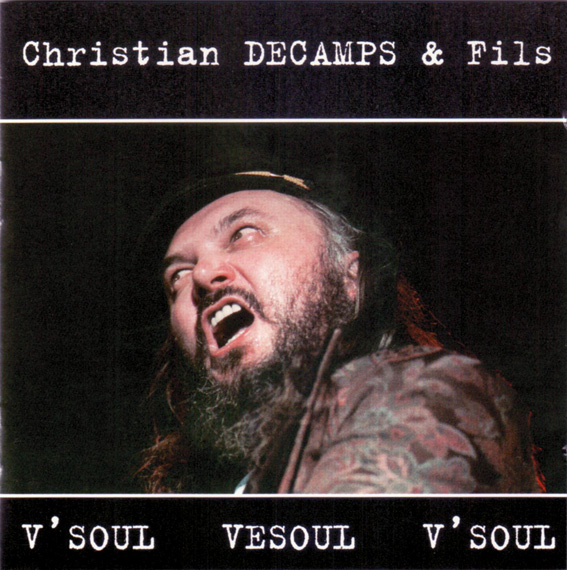 A brand new live album by Décamps, a superb follow-up to his 1994 studio album Nu, even though only one track from that album is included in this set (and it's one of the most abrasive — "Sur les Plaines du Grand Manitou"). Décamps' band features many of the same players — his son Tristan on keys, guitarist Jean-Pascal Boffo, Herve Rouyer and Thierry Sidhoum playing drums and bass respectively. Basically what we have here is a good ol' romp down memory lane, pulling some of the best material from his classic days with Ange, and his earlier solo albums. Highlights include the closer "Fils de Lumiere," "Ode à Emile," a seventeen minute "Capitaine Coeur de Miel," and "Bleriot" — all of which capture the emotionally charged theatrics that Mssr. Décamps is so well known for. The album covers a lot of territory, from intense progressive to commercial pop (the latter of which seems to all be front loaded on this disc), and represents an honest cross-section of points along Décamps' long career to date. Something here for everyone.