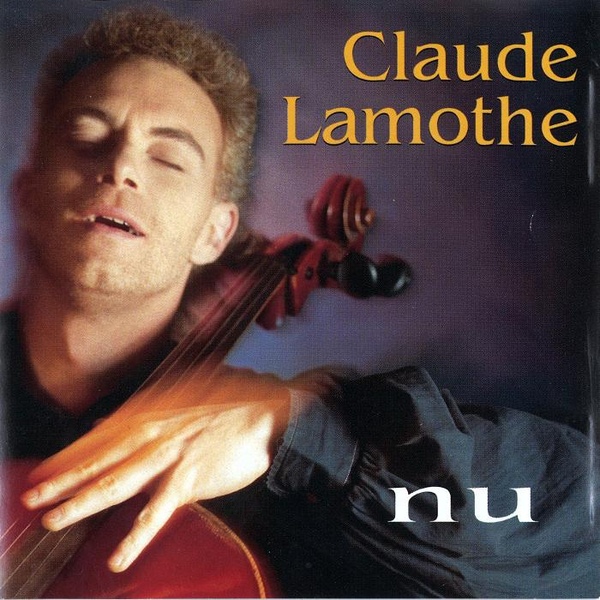 Flight after the escape. Derailment. Unconfined wildlife. Frenetic cello, rhythmic cello, unbridled cello soloing. Claude Lamothe, cellist with a classical formation, who played with the chamber music orchestra I Musici, expresses here on Nu (Naked) his deep relation with the cello, drawing emotions and sonorities from every fiber of the instrument, giving ample way to his compositions and improvisations. Be it playing the strings in a standard way, or playing beneath them, or using the cello as percussion, Lamothe uses every way possible to lead the flurries of notes to good port. Many pieces on this album, such as "Ivan le Terrible," "Folk You," and "Cavale" are of almost 100% prog fare. One can easily imagine additional drums, bass, and keyboards needed to make these compositions full-fledged progressive pieces. Lamothe goes at it with unconditional exaltation, from the frenzied staccato to the sweetly-flowing, almost melancholic, melodies. Naked from the classical frame, detached from the restraining styles, every piece on this album has a biting edge, even in the calm moments. An incisiveness that reaches down to an urban plea carried emotively by the warmth of the cello, deep but also playful, always maintaining a passion, this is a man's love for music. And as a sidenote, Lamothe also plays live with an 'electric' trio. Nu is the first ever recording of his works. Recommended, obviously, for cello fans, but also for anyone curious as to what a cello-only album would sound like, an album carried by the fervor of a song that's intense and lyrical, a poetic essence expressing an 'elan vital' linking one's heart to the core of our present-day world.