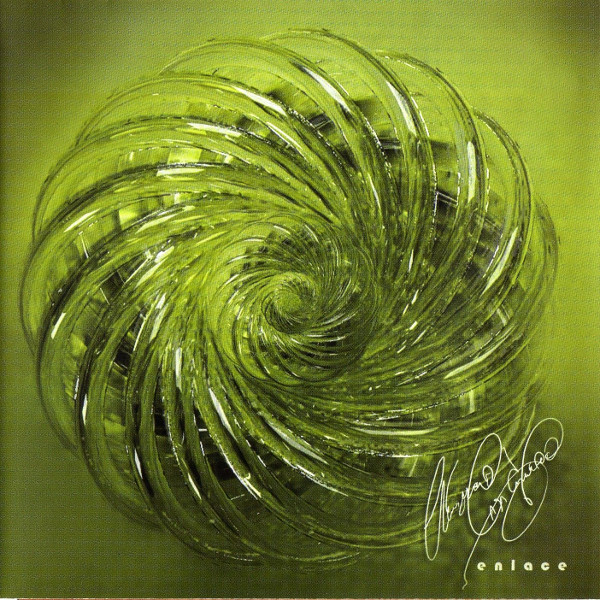 One of the best young guitarists anywhere in the Americas, Claudio Cordero delivers the goods on this fantastic first solo effort. The CD is all instrumental, and features exceptional playing from guitarist and band. An alumnus of the Instituto Profesional Escuela Moderna de Música in Santiago, Chile, Cordero is one of the founding members of the Chilean band Matraz, has collaborated with Tony Levin and Oxygene 8, played with Cast on their album Com.Union and live at this year’s Baja Prog. Enlace contains everything you expect from a world-class guitarist: Cordero can play anything and does, with pleasing complexities, soaring melody lines, and a variety of styles from driving rock to Spanish to progressive. The grooves are good throughout, and he presents a sophisticated compositional development on every number, avoiding the pitfalls of most solo guitar albums; none of the songs are overlong, he mixes guitar styles and sounds nicely, and his band is top notch, playing together seamlessly. The band includes Nico Rosenthal on drums and Matraz bassist Jorge Garcia; additional musicians on individual tracks add keyboards and extra guitars. Cordero approaches all the songs here with a depth of emotion that can go missing on guitarists’ solo efforts; whether acoustic or electric he captures the mood and draws the listener into his world. Strong melodies against chord backgrounds and tight drumming, good control of overlaying parts — whether playing strong grooves, haunting lyrical lines, or driving guitar Cordero has created an amazing tasteful and tasty album of virtuosic guitar.

Michael Zentner - Present Time – Formerly of the Muffins, Michael Zentner and his solo release drifted into obscurity over ten years ago, from which they have just been rescued. The lineup on this album differs from track to track,...  (1994) » Read more