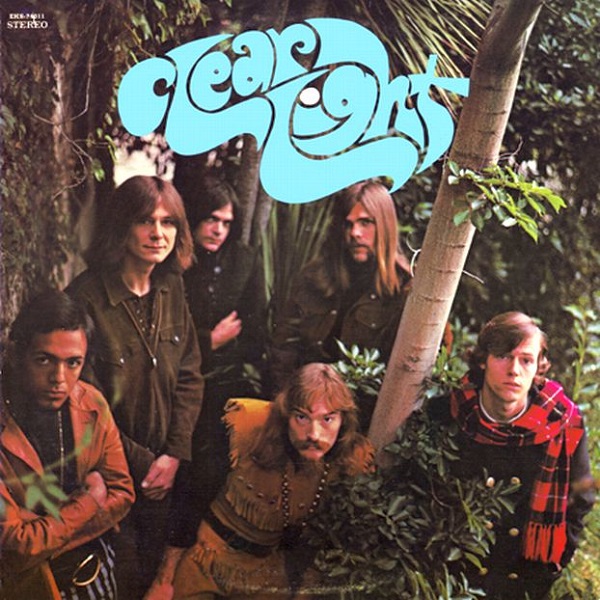 Other West Coast bands like the Doors, Love, and Jefferson Airplane may have grabbed center stage in the history of the psychedelic era, but there were many others, and some of them rivaled the A-list bands in quality, at least sporadically. Clear Light is a good example. Formed in 1966 as Brain Train, they featured a mix of folksy acoustic guitar and freaky fuzz electric along with two drummers that managed to not get in each other’s way. For their debut (and only) album, under the wing of producer Paul Rothchild, much of the acoustic element was left behind, and a classically-oriented keyboard player was added to provide the trendy harpsichord and organ sounds of the day. Cliff DeYoung’s dramatic vocals heighten the energy level of these interesting and sometimes quite unconventional songs. Songs often veer from 4/4 into waltz time, then change tempo for the chorus. All of it is done with a lot of enthusiasm, coming up rather like an aggressive cross between the Byrds and the Strawberry Alarm Clock. And the twin drum thing works really well for them, filling out the arrangements subtly even when they play nearly identical parts. This reissue includes a bonus track taken from the soundtrack of the move The President’s Analyst, in which the band briefly appeared. It’s two minutes of ferocious fuzz-bass, effects, and catchy melodies, and gives a taste of what the band was like before the addition of DeYoung and the keyboards.