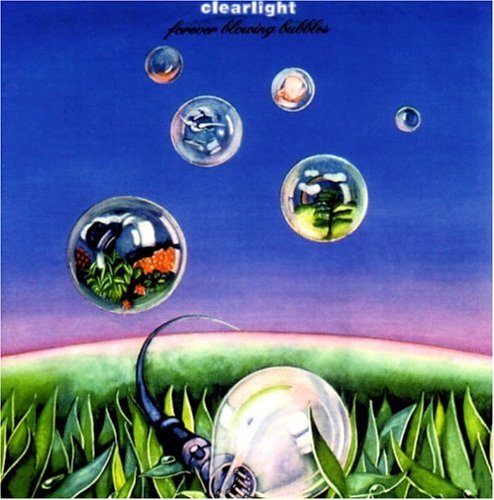 So before the internet, one of the best sources of musical information was the series of books called Rock Record, I think the one I owned was the 4th edition. I nearly tore this book apart because it had an excellent cross-referencing index that allowed you to track musicians across numerous albums and I was trying to find out everything I could about a lot of harder to find European albums. One of my memories of this book was tracking what all the Gong musicians were doing and it brought me to the first Clearlight album Symphony, where a few of them played on one of the side-long tracks. In fact I think at the time I special ordered the Japanese edition of it before there were later edited versions on the market (Clearlight Symphony 2 comes to mind, which had half the original album). Anyway Cyrille Verdeaux's debut was certainly beholden to the Gong influence (they also opened for them on tour in, I believe, 1975), but it wasn't until Clearlight's follow-up that the band's own sound really solidified and this was done by shoring up the songwriting a little bit and perhaps concentrating a little bit more on the grooves, without losing any of the great electronic work that made the Symphony so delightful. These days there are just absolutely hoards of space rock groups with heavy electronic work in this field (listened to Quantum Fantay last night for example), but by the mid 70s there were just a few of them and on the next couple of albums Clearlight hopped a little bit closer to fusion. But their second album remains a really polished and fun early album, one that still had a bit of a delirious sense of humor with all the creative sound work. And for me, Forever Blowing Bubbles has to be one of the great album titles ever, funny and perhaps strangely profound as well.