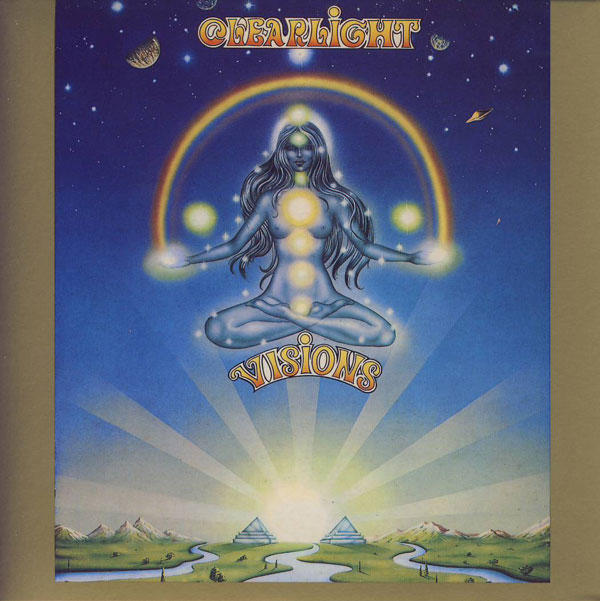 Fourteen years after releasing the album, Cyrille Verdeaux delivers a fine remake of Visions. On first listen it is evident that Verdeaux closely involved himself with this reissue. He remixed as well as remastered the original tapes, overlaying additional synthesizer tracks. Alan Parsons’ remake of Tales of Mystery and Imagination is a good point of reference for the sound quality, which is noticeably better on the CD. Cyrille subtly and tastefully remixed the music, interweaving sounds of a lush forest between tracks. He also threw us a few curveballs, renaming, reordering and even removing songs. However, the two tracks that he removed, "Au Royaume des Mutants" and "Paix Profonde" are the most experimental on the album. He more than makes up for their absence with the addition of six new tracks. All of the new tracks are worthwhile; two tracks in particular, "Guitare Elevation" and "Shanti Lotus," are particularly outstanding. As with the rest of the disc, the new tracks are a blend of psychedelic and progressive elements, with an Eastern tinge. Although this description could be applied to Ozric Tentacles’ music, Clearlight takes a less edgy approach to the sound. Don’t be misled, however, Christian Boule delivers on guitar, adding his Hillage-esque sound. Visions is an entirely instrumental work, which is a further point of comparison with OT. The new tracks are a mixture of electronic and organic, combining sitar, tablas, and violin with soft, repetitive, electronic effects. Verdeaux interweaves the sounds of the jungle, birds, and wind among the tracks, making the whole disc flow gracefully from beginning to end. The new introduction to "Raganesh," which used to be called "Fullmoon Raga" is transcendent. Although the entire disk is nice to listen to, two tracks ("Heymae" and "Messe Caline") are a bit repetitive and plain, but not bad. Two other tracks are worthwhile, but they are also a bit repetitive. Three of the new tracks, on the other hand, are simply outstanding. Overall, Visions ranks with the finest instrumental discs of all time.