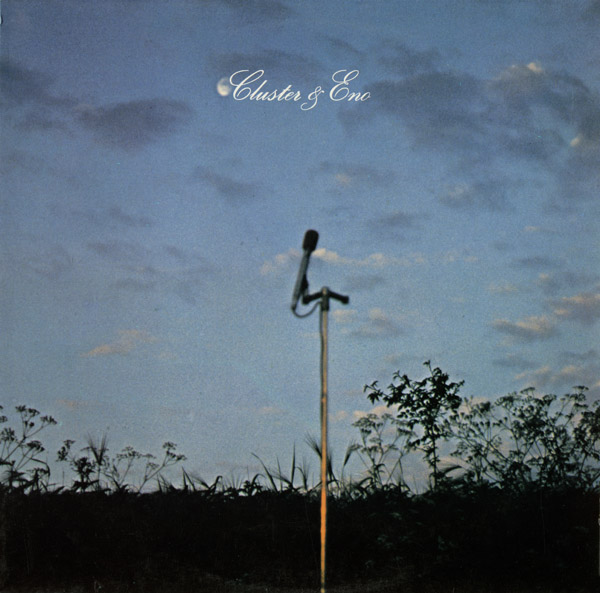 It’s really hard to understand what this music meant at the time it was recorded. Intellectually we can recall that ambient music was in its infancy, with the term only coined (by Mr. Eno) about the same time. According to the liner notes, Dieter Moebius and Hans-Joachim Roedelius relocated themselves to a small village in rural West Germany in order to discover what music could be like freed from the conventions of the day. With an eccentric collection of high- (for the day) and low-tech devices, they set up a studio and got to work. At the same time, Brian Eno, finding himself disillusioned with the whole glam rock thing after leaving Roxy Music and putting out a few solo albums, had started experimenting with other ways of making music. Discreet Music groped in one direction; this recording gropes in another. Rather than being programmed (even randomly), it is manifestly the product of human hands and minds, of people playing instruments, making sounds, and manipulating the results. What’s so exciting about this music (if “exciting” is a word that can be applied), is the sense of discovery; like a bunch of curious kids let loose in a music shop, they acknowledge no rules, and throw together whatever seems to make sense at the moment. Sometimes it’s an arcane combination of effects on a simple set of chords, sometimes it’s a sitar, sometimes it’s a drunken warbly synthesizer, always it’s interesting. An absolute classic.

Camel - Never Let Go – The subtitle of this live album from one of the original progressive rock bands is "official Camel bootleg." The term bootleg can conjure up some sore memories, mainly of a sound quality...  (1994) » Read more