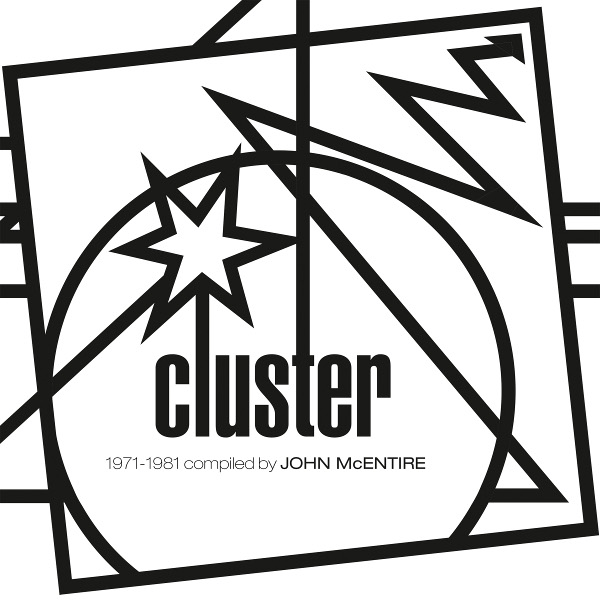 Bureau B continues their Kollektion series with this compilation of eleven Cluster compositions curated by John McEntire. John McEntire is a drummer, percussionist, recording engineer, producer, and founding member of Tortoise, The Sea & Cake, Red Krayola, and Gastr Del Sol. And over his career John has collaborated with many groups including Modest Mouse, Yo La Tengo, Stereolab, Spoon, and Blur, to name a few. Bureau B asked him to select tracks from Cluster’s eight official albums from 1971 - 1981 that he felt were the greatest influence on music. So John selected “Zum Wohl,” “Es war einmal,” and “In Ewigkeit” from Soweisoso; “Hollywood” and “Heiße Lippen” from Zuckerzeit; “The Shade” from After the Heat with Brian Eno; “Für die Katz” from Cluster II; “Grosses Wasser” from Grosses Wasser; “Oh Odessa” from Curiosum; “21 32” from Cluster 71; and “Für Luise” (incorrectly identified as “Wehrmut”) from Cluster & Eno. Because of the limitations of having to fit all of this music onto a single disc, three of the tracks had to be shortened. Only the second half of “Grosses Wasser,” the last eight minutes of “21 32,” and the first four minutes of “In Ewigkeit” are provided. The pieces are not arranged chronologically, but instead provide a logical flow through the different phases of Cluster’s music. If you have not yet experienced Cluster, then Kollektion 6 is a perfect introduction to this seminal band.

Paul Simon - Surprise – It should come as no big shock that singer-songwriter Paul Simon would be seeking a new sonic vehicle for his well-established career. Given the international success of Graceland it's clear that...  (2007) » Read more