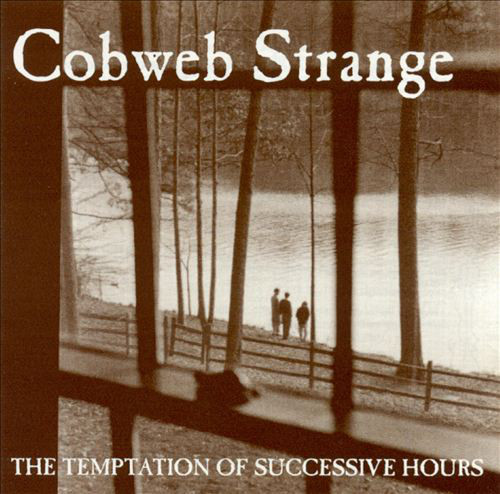 Atlanta power trio Cobweb Strange is led by singer / songwriter and bassist Wade Summerlin. Together with Jonathan Burke and Derik Rinehart, they've shaped forty-five minutes of guitar-based fusion rock. Eric Johnson immediately comes to mind with lead guitarist Burke's phrasing approach. Some sustain is evident with his tone, which is slightly overdriven using some echoed flanged effects. The album is well mixed, centering guitars against bass (mostly left channel) and percussion in the upper spectrum. Rinehart's drumming is crisp, with concise emphasis placed on the top part of the set (snare, high-hat) rather than bottom-heavy bass drum to push the trio forward. This gives the trio an airy lift in the more aggressive songs such as on the intro to "Self-Indulgence." Vocally, Wade is somewhere between Lou Reed and Randy California (Spirit). In fact, there is a general vibe that recalls Eric Johnson's first solo album (with Eric singing), Tones, which is a very different project than Ah Via Musicom. Lyrically, Summerlin covers a set of topics ranging from time loss to disorientation and delusion, though they aren't delivered with malicious intent. Track four is a folkish, jangly piece almost REM-like, that works in contrast with several pieces. Cobweb Strange is what I was alluding to while reviewing Life Trip's release Adobe Ride: Here's a band executing a musical direction straight to the point and less rambly. No keyboards in the arrangements, but it's not essential to appreciate the music. The masterpiece on the disc is the seven-minute-long "Astral Projection," divided into four parts with the ending section and "The Nothing beyond Time" as the denouement of the disc. In summary, Cobweb Strange isn't really strange, dark, or creepy. They just have a different angle of direction than any other modern musicians seeking to establish their own identity.