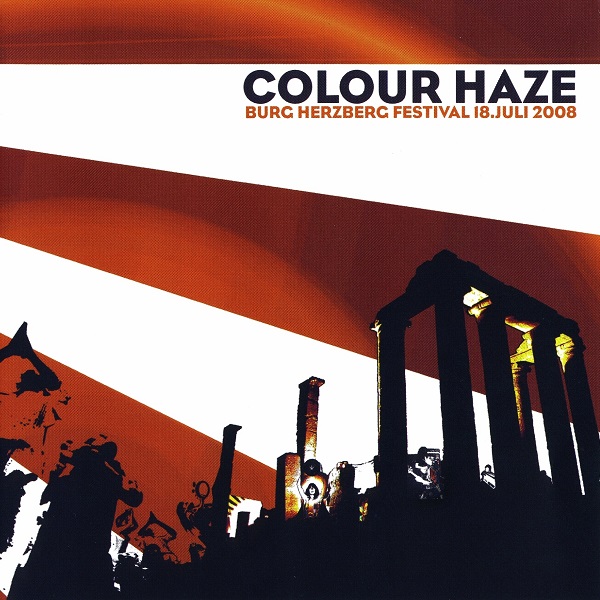 This double disc set commemorates over two hours of Colour Haze’s amazing performance at the July 2008 Burg Herzberg festival in Germany. A psychedelic hard-rock trio of guitar, bass and drums, with guitarist Stefan Kogler handling the vocal duties (lyrics in English), they are strongly influenced by the Jimi Hendrix Experience circa ’68, as well as some other bands of that space in time. They do an exceptional job conveying the general musical ethic of that period, with regular extended jams and beautiful wandering guitar solos. Distortion reigns supreme throughout this set, yet the cohesion and musicianship here show a well-rehearsed unit that approaches telepathic at times in the way the jams evolve and simmer. Too many psychedelic bands today rely on synth gimmickry and electronic effects to ‘psych up’ their sound, but that’s certainly not the case with Colour Haze – their musical idiom is raw and aggressive stoner rock with blistering rave ups and magical meandering improvs that rely only on the basics. Most of the material in this live set are extended versions of material culled from their three excellent Elektrohasch releases Colour Haze, Tempel, and All, with the shorter pieces (meaning ten minutes or less) front loaded onto disc one, disc two reserved for three sidelong cuts and a ten minute version of “Tempel.” This may not be an easy one to find, but by all means… find it!