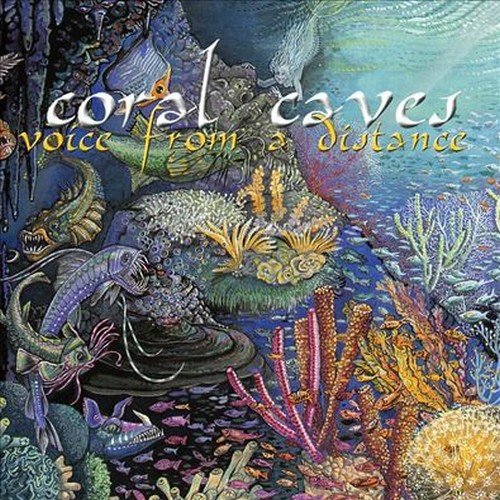 Musea’s next entrant into the world of New Age music is this release by Japanese keyboard player Toshiyuki Fujita. This one slots squarely into the space between Yanni, Kitaro, and Rick Wakeman, though Fujita demonstrates none of their technical flair. Several tracks like “Nightmares” and “Camels” explore the juxtaposition of broader, sweeping passages and tighter rock workouts, often switching between the two several times within a song. “Nightmares” especially reminds me of Rick Wakeman’s solo music from the late 80s/early 90s via the melodies and synths used. Otherwise these pieces all share that characteristically Japanese penchant for florid melodies and big symphonic passages that contain little in the way of technical or compositional meat. I also have a hard time with some of the keyboard patches, which sound painfully like factory presets. Whether this and the simplistic nature of the material are a conscious choice or something else is hard to tell. Fujita seems to be self-taught and a big fan of classic 70s prog (did you all get the reference to his nom de plume?) though I find little of the depth or intrigue of those bands and their music here. Still, if you’re a fan of Japanese sympho music à la Vermillion Sands, or even Solaris’ The Martian Chronicles, then this may be to your liking.

Dreamworld - On Flight to the Light – From the Black Forest city of Freiburg in southern Germany hail the multi-talented Fichter brothers, Klaus and Rolf. In 1972 they released on the Brain label an album called A Meditation Mass, using...  (1995) » Read more

Arthur Brown Is Still on Fire in 2015