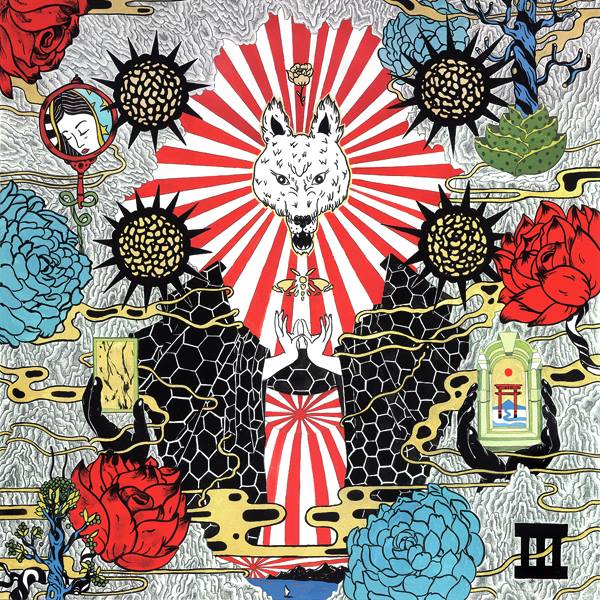 After a band produces an album as outstanding as Corima did with Quetzalcoatl, there’s always a risk that they won’t be able to match it next time round. The good news is that Amaterasu more than matches its predecessor; the bad news is that with the bar raised even higher, Corima has set themselves an even more difficult task next time they enter a studio. These two long compositions build on the zeuhl influences of the band’s roots and add many very nice touches. The personnel and instrumentation remain intact, with Sergio Ravelo’s outstanding drumming and Ryan Kamiyamazaki’s nimble bass driving the intensity to levels most bands could only dream of, navigating relentless riffs in varying meters with furious energy that is full of subtlety rather than brutality. Francisco “Paco” Casanova’s keyboards are the anchor point for much of the music, at times providing trance-like repeating figures, at other times venturing into manic flurries reminiscent of Satoko Fujii (check out the first section of the title track). The two primary melodic instruments are Andrea Calderón’s violin and Patrick Shiroishi’s saxophones, which are sometimes supplemented by vocals. The violin is often gritty and rhythmic, as fits the music, but often leaps into soaring melodies. Shiroishi’s work is amazing, balancing adherence to the complex melodies with sections of jazzy noise-making — he’s obviously been studying his Coltrane, and hearing that kind of playing in this context is one of the things that makes Corima so special. For the vocals, parts are sweet and pure, with Calderón taking the lead, and other parts devolve into shouting and harsh accents to the throbbing rhythms. Amaterasu is sophisticated, complex, and intense, marrying relentless beats with jazzy freedom in a way that no other band does. And somehow I’m not worried that they’ll let us down with the next one.

This third album by Corima arrived late last year and here it is May already, and it’s definitely in need of a long overdue review. Their second solidly zeuhl-influenced album Quetzalcoatl has been out since 2012, and after blowing audiences away at Seaprog in Seattle and on other stages, it’s time for the follow-up. If the earlier album was a more Magma-clone-ish endeavor, now they have taken that influence, combined it with more of their own ideas, expanding on the vocal and jazz elements, as well as a frenetic and aggressive level of energy, growling bottom end, and the inclination to bombast, and put it all together for the listener into what are essentially two long suites, the three-part “Tsukutomi” and the six-part “Amaterasu.” The former, about 20 minutes in total length, contains a lot more growth and development in jazz areas, though listeners who appreciated the band’s dedication to the zeuhl sound will certainly not be the least bit disappointed. The dueling sax and violin solos throughout, with piano, bass, and drums driving hard behind them are at times purely magical. The title suite begins in a slightly more avant-garde zone, with piano and drums breaking and crashing throughout the opening section, eventually fading down to a beautiful and expressive violin solo with electric piano backing that opens the second phase. Later, as the volume and intensity build, the angular vocal elements come out for a slow build to a full-on screaming and shouting assault on the listener’s senses, eventually pulling back into a more Magma-like mode. The band remains the same as before, no changes in personnel, allowing their sound over time to coalesce into a stronger more concise singularity. A stronger third showing for a band that just keeps getting better.