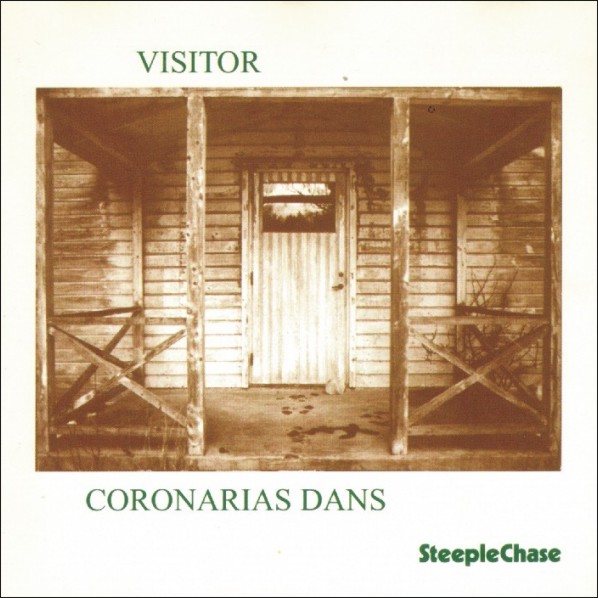 Every corner of the world, so it would seem, has a closet chock full of musical gems waiting to be discovered. From a corner of Denmark's junk room, this wonderful little jewel comes to delight curious ears. Coronarias Dans is probably mostly known (if at all) as a footnote in the history of more well-known bands: keyboard player Kenneth Knudsen and guitarist Claus Bøhling were both in Secret Oyster, and while bassist Peter Friis Nielsen and drummer Ole Streenberg don't have anything as notable on their resumés, they've both worked with a variety of American and European jazz names. Visitor was the band's second (and last) album, the first having been Breathe in 1971. It's a fine example of adventurous electric jazz, much along the lines of Miles Davis, early Weather Report, Tony Williams' Lifetime, Isotope, and so on. Knudsen heavily favors electric piano, often with wah-wah and other effects, and only uses acoustic piano sparingly. Bøhling plays with a wild edge on his electric guitar, more early John McLaughlin than slick fusion, and also breaks out the effects devices to keep things interesting. Nielsen is an outstanding bassist of the fairly busy variety, playing chords, harmonics, and so on; Streenberg mixes freedom and drive in an appealing balance. While there's a lot of improvisation going on, there are some tightly arranged passages as well, so they avoid the dangers awaiting on both sides of that fence, never stumbling into chaos or succumbing to overbearing displays of technical prowess.

Spirit - Salvation... The Spirit of '74 – One of the heretofore undocumented periods in Spirit's career began shortly after Epic's rejection of Potatoland in '73. Randy California left the group (for the second time) and moved to...  (2008) » Read more