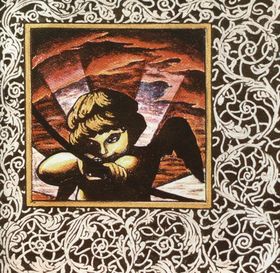 From the opening notes of "Rising the Tale" – a short instrumental interlude that opens the disc, it's apparent that this new Italian neo-progressive band has traveled a different path than most. At first listen, one might casually make some comparisons with their follow countrymen Asgard, yet on a closer listen it becomes apparent that their influences might more be the folk-rock of the early seventies, bands like Tull, Fairport, all dressed up in a Gothic cloak. In fact, if required to make comparisons, I would say Court could be thought of as neo-progressive meets The Strawbs meets Pavlov's Dog, with obvious touches of early Marillion's darker side, Jethro Tull, and Galadriel. In fact, the vocalist at times reminds of Dave Cousins (Strawbs) and David Surkamp (Pavlov's Dog), moody and emotional, with respectable command of the English lyrics he is singing. The band consists of five persons, although no clues are given as to who plays what; there are two guitars on most tracks, one electric and one acoustic, plus bass, drums, piano, oboe and flute. Tracks are of varying length, from less than a minute to well beyond fifteen; the longer tracks involve numerous changes of tempo and mood, which the band handles quite capably, as well as supporting the vocal passages. Occasionally the arrangements get a bit excessive, too many things going on at once with nothing in particular in the spotlight, but in general, the sound is fairly well balanced. A full half of the tracks are instrumentals, although they are the shorter ones: "Willow Tears," basically an acoustic guitar piece, "Mirth for a Guest" is a folk dance for full band clocking in at just a minute and a half. Yet these short tracks offer insight into the true nature of the band. Tracks like "Cries" and "Alviss' Revenge" are full blown progressive rock epics that should please many. In summary, this is a good first release from a band that – if they follow their better instincts – should hold great promise for the future.

Trio Fattoruso - Trio Fattoruso – It makes perfect sense that Uruguay would not be just another blip on the radar of finesse jazz and rock players. Brothers Jorge and Hugo Fattoruso have been playing various Latin and jazz styles for...  (2006) » Read more