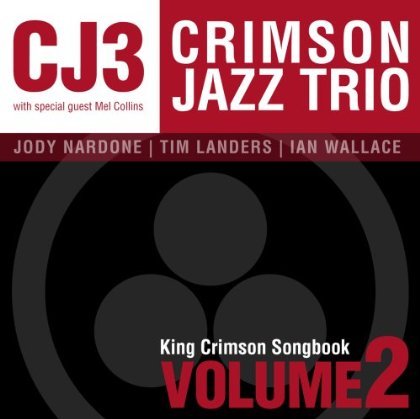 The late Ian Wallace championed the completion of his trio’s second recording but never had the chance to hear the final fruits of his labor. Together with pianist Jody Nardine and bassist Tim Landers, Wallace’s trio benefited from breaking down familiar prog rock classics into a logical and in many ways easier to assimilate jazz format. Again the repertoire is widely dispersed across the English band’s catalog not just focused on the older 70s material. The opening rendition of “The Court of the Crimson King” shows the trio in up-tempo calypso with a terrific outro cadenza from Wallace. The real meat of the disc focuses on the five part Islands suite with three of the passages as new compositions to mesh with versions of “Formentera Lady” and “The Sailor’s Tale.” Perhaps the drummer’s most memorable cadence intro “Press Gang” leads into Jardine’s classy “Zero Dark Thirty” before special guest Mel Collins injects his trademark tenor, creating an all new vibe. The transition into what was previously a favorite Fripp sustained guitar phrase, is now transformed into a piano-driven track with Collins adding just the right counter-melody. The 80s catalog is presented solely in the form of the ballad “Heartbeat,” understated and emotive. Closing out the disc is a terrific performance of “Lament” from Starless and Bible Black that is truly moving. The disc clearly stands as a testament to the great songwriting and arrangement skills of the players.